It was going to be Germany's biggest-ever techno party. Instead, July 24, 2010, was a disaster. Panic broke out and 21 people died when escape routes were too narrow for the masses. Many others were traumatized. 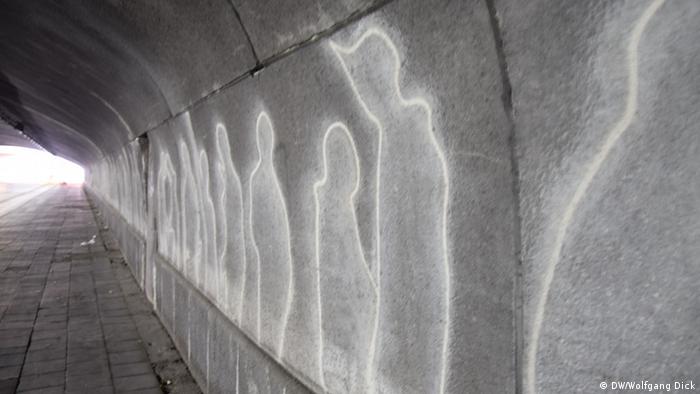 "Why?" this is the question that keeps Jörn Teich from concentrating on his everyday life. Why did organizers allow a party at a location so clearly unsuited for so many people? Why did people have to die?

All he wanted to do that fateful day was dance and party. For the past five years, the 41-year-old florist can only guess at what went wrong since the court hearings have not disclosed all the answers. All of the victims still have not received compensation, and those believed to be responsible have not been convicted.

Flashbacks take him back to the narrow tunnel the crowd had to push through to reach the festival grounds. He sees the light at the end of the tunnel, feels the unbearable heat; he hears people jostling in the tunnel and screaming; they are gasping for air and there is no way out. They suffocate or are crushed to death. "WHY?" The question hammers at his brain. Post-traumatic stress disorder: that's what

Therapists have said Teich, and many others who were are the Love Parade, suffers from post-traumatic stress disorder. Teich and other survivors managed to escape the tragedy in Duisburg but now are plagued by what they experienced and are unable to work because they often cannot concentrate enough to keep up with the working world. 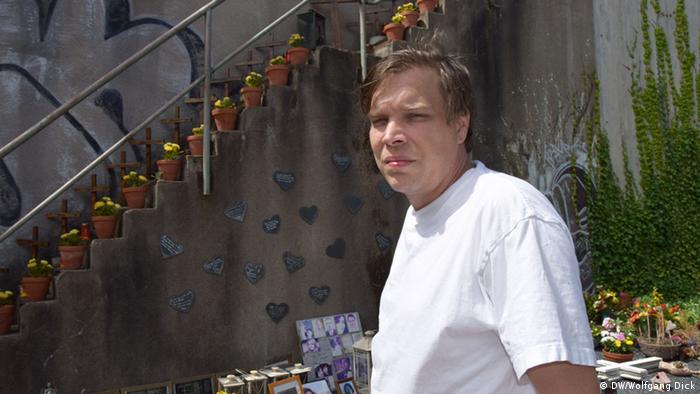 These days, Teich said he appreciates silence and can't tolerate a hectic environment, adding that he has far fewer friends than before the incident.

"I used to enjoy going out and partying, but now I prefer to keep to myself," said Teich, a single dad who lives with his daughter in a welfare housing project. He is active in a group that supports survivors and the victims' families - they all grapple with similar problems.

Closed rooms are almost unbearable and even pedestrian zones in inner cities feel like cages, Teich said. "I'm always looking for the emergency exit," he said. Again and again, he returns to the narrow stairway that promised escape, but that many never reached.

An impromptu memorial, the steps are dotted with wooden crosses, photos of the victims, flowers and candles.

Ahead of the fifth anniversary of the catastrophe, a man sat for hours just a few meters from the steps. He won't come closer to the stairway. "I can't, I have to stay here," he said. Gregor is a trained paramedic who was at the Love Parade for fun, but ended up helping attend to people who had fainted. 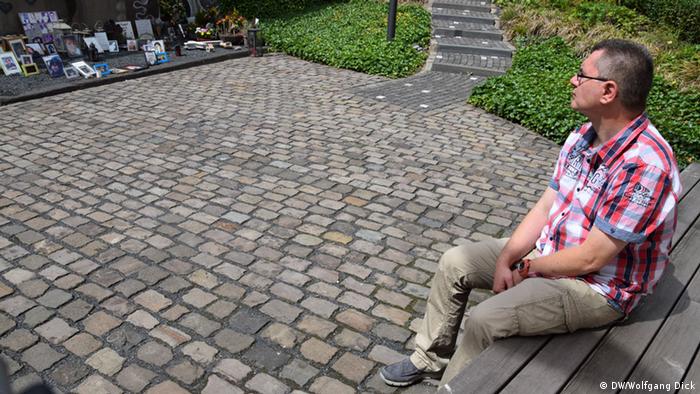 Even five years on, Gregor keeps his distance

Gregor tried to reanimate a young girl, but she died in his arms. He's never completely recovered from it. He saw a therapist to help him deal with the trauma. When he wanted to return to his job, he was turned down. The danger of backsliding into a mental crisis and a breakdown in an emergency situation was too great, the authorities said.

Gregor has been unemployed ever since. In addition to his job, he also lost his apartment and his wife. "It was really bad, really tragic," he remembered. "I was on the brink of suicide in those first three years." Gregor's voice falters. He said he knows that some people actually committed suicide after the Love Parade disaster.

The parents of the girls he tried to rescue were a big help, they took him in their arms, told him that he had done everything he possibly could, and that it wasn't his fault. "That gave me strength," he said.

But what leaves him stunned and angry is that five years later, there is still no legal closure.

A disaster waiting to happen

While the trial against those allegedly responsible for the tragedy drags on in a Duisburg district court, the city busily erects one memorial after the next. A commemorative plaque in several languages was set up right at the site of the disaster, and flags from the victim's countries were mounted on a memorial wall. In a small park on the fringes of the old freight station, the location chosen for the festival, the victims' names are etched in a rusty steel wall. 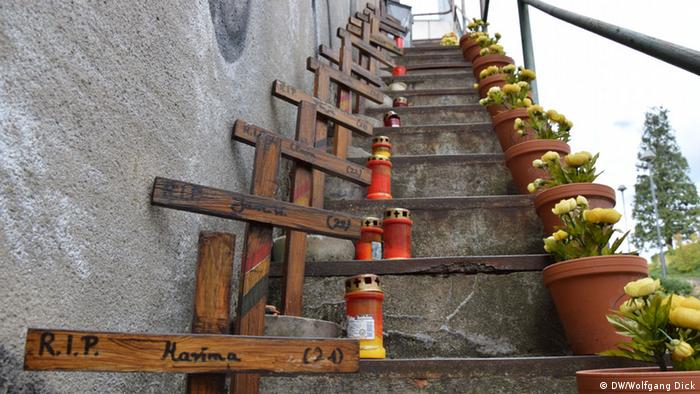 Grief is palpable at the site of the disaster

Lawyers for the families of the 21 victims and disaster survivors haven been grappling with the defendants' lawyers for five years. Almost 4,000 witnesses have been questioned, about 1,000 videos of the scene of the accident have been screened, experts' opinions are countered by other experts' opinions.

British expert Keith Still assessed how large crowds behave and how much space a mega event needs. He came to the conclusion that the 2010 Love Parade in Duisburg should never have been approved.

The researcher openly commented on his study, which led authorities to question his suitability as an expert as well as the evidence he provided.

That in turn has slowed down the trial, so work has been piling up on Julius Reiter's desk. The lawyer specializes in consumer and victim protection, and has been involved with the legal process from the start. It's not unusual for survivors and families of the Love Parade catastrophe to cry when they tell him how they try to deal with the fallout from the disaster all on their own.

Reiter said he is surprised at how long this trial has been dragging on."Our clients aren't asking for anything special, they just want to know how events led to this catastrophe so they can find closure," he said, adding that he believes debate about the constant emergence of new evidence is to blame for the delay. 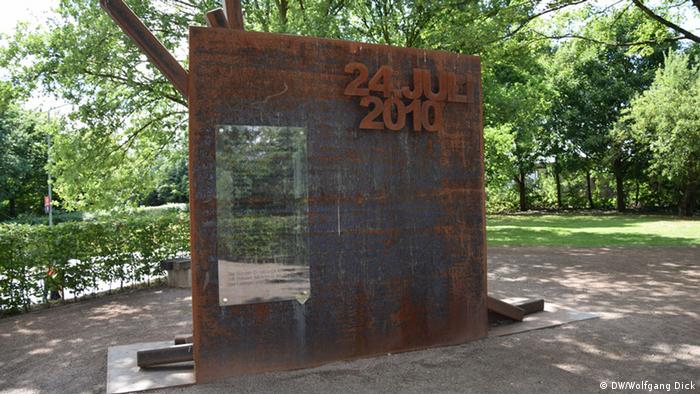 Plenty of memorials - but no one takes responsibility

As early as 2011, the prosecution indicated that massive mistakes had been made in approving and holding the event, Reiter said, adding that he fully understands why his clients argue the wrong people are being charged.

The organizer who chose the venue and most of the staff is not in the dock. The court also abstained from charging the mayor of Duisburg, who desperately wanted to hold the event in his Ruhr Valley city after Berlin declined to host the festival.

"My clients' expectations of justice are bound to be disappointed," Reiter said. "We'll be seeing more legal skirmishes by the defense."

None of this needs to take so long, according to Reiter: In the case of the Italy's Costa Concordia shipwreck, both convictions and compensation for survivors and the victims' families took a year and a half.

"I no longer believe in the trial," said a disenchanted Jörn Teich. "It covers up more than it discloses; the rule of law no longer exits."

He often wears headphones blaring loud music to help him ignore the people milling around him. But there is one question the loud music can't drown out: why?

In his first court questioning, the captain of the shipwrecked Costa Concordia has testified that the fatal accident in January 2012 was the result of a mistake. The Concordia capsized off the coast of Italy, killing 32. (02.12.2014)