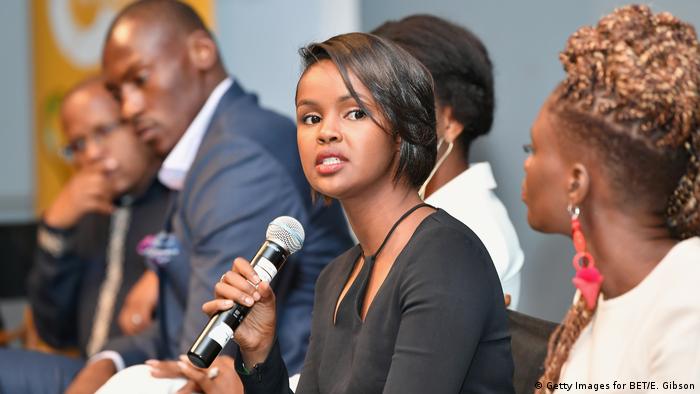 Ilwad Elman is this year's winner of the Germany Africa Prize

She may only be 30, but Ilwad Elman is already considered one of Somalia's leading voices as the country edges tentatively towards stability. Elman's efforts have led the German Africa Foundation to hand its marquee prize to the internationally recognised expert on conflict resolution, chosen from a shortlist of 30 candidates.

As Somalia descended into civil war at the beginning of the 1990s, her father Elman Ali Ahmed — an engineer by training, as well as an entrepreneur and social activist — had established rehabilitation and apprenticeship schemes for Somali child soldiers and orphans of war-torn Somalia. When Mogadishu became unsafe, Ilwad Elman had to flee to Canada with her mother as a two-year-old. Her father chose to stay in Somalia, but was assassinated in 1996.

Despite the danger, Ilwad returned to Somalia in 2010 with her mother and sisters to continue her father's work and legacy. Over the past ten years, Ilwad and her mother, Farttun Adan, have built up the Elman Peace Center, a tightly run non-profit organization with 172 employees and eight regional branches. 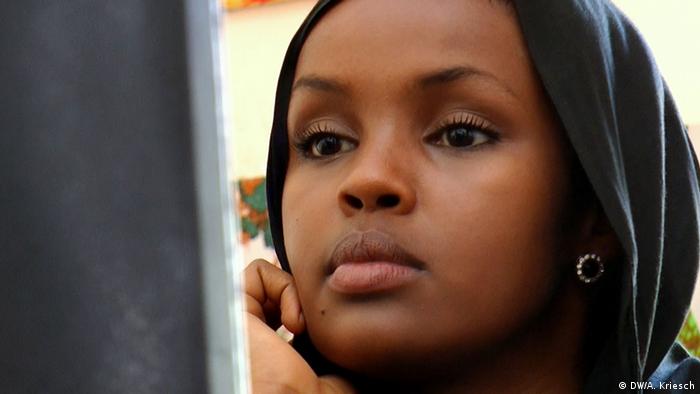 At just 30, Ilwad Elman has already gained recognition as a leading voice on social issues in Somalia

"I'm very happy to receive this recognition from Germany," Ilwad told DW after hearing of her award.

"The prize is a huge compliment for our Team and is important because Germany is a valuable and reliable partner in many of our projects."

When Ilwad returned from Canada in 2010, she found herself in the midst of an unstable, failed state with a looming humanitarian crisis. Large swathes of Somalia, including the capital Mogadishu, were patrolled by the fundamentalist Al-Shabaab militia. Ilwad Elman saw not just her father's legacy under threat, but could also see other social scourges growing. 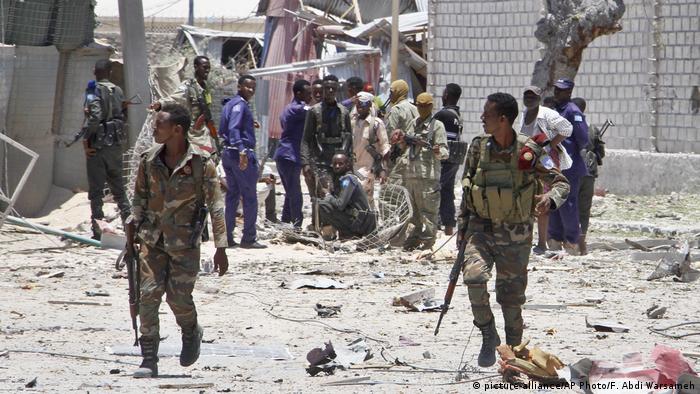 Somalia has long been plagued by instability and violent flare ups

"Violence against women and girls was commonplace, child marriages were socially accepted. The conservative Somali society tolerated this, and the political elite openly denied it."

Together with her mother, Ilwad Elman took on her father's project to reintegrate child soldiers and civil war orphans into back Somali society. Her highly respected educational program "Drop the gun, pick up the pen" has helped thousands of young people adjust to civilian life. The successful program, with its modern therapy methods, free-of-charge apprenticeship programs and innovative financing model, is now also used in Mali and the Lake Chad area.

Through another program, "Sister Somalia", Elman established the first point of contact for victims of gender-based violence in Somalia. The program sees up to 40 new cases of women reporting a rape daily, and Sister Somalia has just how critical gender-based violence is in Somalia. Ilwad Elman's lobbying efforts have also earned plaudits. In 2018, Somalia's government passed a law making sexual violence a criminal offence. However, the law is currently under parliamentary review, and activists fear it could law will be watered down.

Recently, Ilwad Elman had to overcome immense personal tragedy. In November 2019, her sister Almaas, an aid worker, was shot and killed in Mogadishu — allegedly by a stray bullet. Investigations yielded little, with the perpetrator is unlikely to be caught. Still, Elman and her family decided to stay in Somalia, she told DW.

"We want to continue our humanitarian work for freedom, reconciliation and equal opportunities, and for us this is best way to honor Almaa's legacy."

Ilwad is aware she's become a role model in her country.

"Somalia is a young country, 75% are under the age of 30. Most of my followers are girls and young women. They want a different future for Somalia." 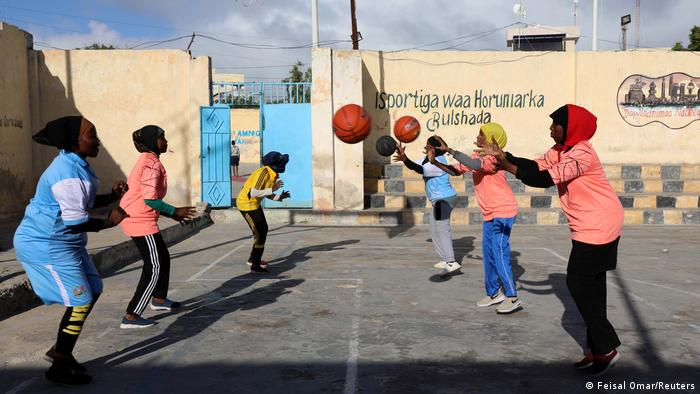 Ilwad Elman's expertise is in demand beyond the Horn of Africa, too, and her importance as an important voice is well recognized. She's part of the Kofi Annan Foundation's Extremely Together initiative, which tackles extremist, radical violence. For two years, she was the youngest consultant for the United Nations Peacebuilding Fund. In 2019, she was named one Africa's 100 most influential voices. In 2020, Ilwad Elman was in the running for the Nobel Peace Prize.

The German Africa Prize has been awarded since 1993 to exemplary figures from the African continent. Past winners have advocated for democracy, peace, human rights, arts and culture, and social issues. Although not endowed, the Africa Prize is the highest award of its kind in Germany. The selection is made an independent jury and aims to portray a diverse image of Africa. Recent winners include Kenyan IT-pioneer Juliana Rotich, Botswana's ex-president Sir Ketumile Masire, former Somali model Waris Dirie, and Tunisian union-leader Houcine Abassi. The German Africa Foundation is funded by Germany's Foreign Office.