Iberia airlines pilots walked off the job on Monday to protest against a low-cost subsidiary. They plan to hold a series of one-day strikes over the next few months. 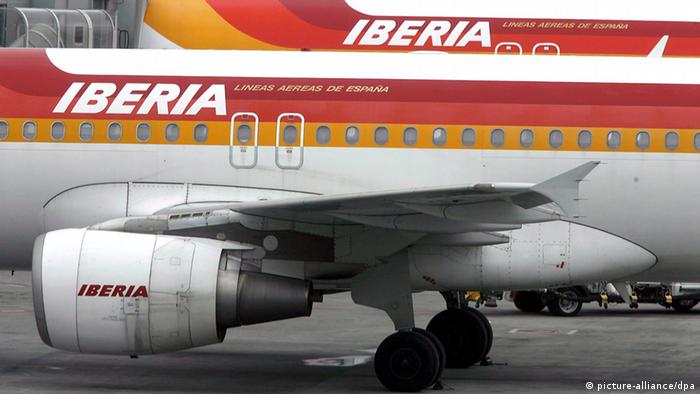 A one-day strike by pilots with the Spanish airline Iberia has forced the cancellation of more than 120 flights, affecting many passengers who were trying to return home after the Easter holidays.

The pilots' union, SEPLA, called the work strike to protest against the creation of the new low-cost airline, Iberia Express. The new airline is part of the International Consolidated Airlines Group, which was created in the merger of Iberia and British Airways in January, 2011. It also says the start-up violates deals struck at the time of the merger.

SEPLA, which says the low-cost airline will lead to lower wages and the loss of 8,000 jobs, plans to take its pilots off the job every Monday and Friday from now until July.

Management went to court last week in a bid to get the strikes banned but a ruling isn't expected for at least a month.

Iberia says the low-budget subsidiary, which serves 17 short- and medium-haul destinations in Europe, is needed to increase profitability in a competitive industry. Iberia Express began its service on March 25.

The strikes come after a mediation attempt by Labor Minister Manuel Pimentel failed. The pilots had previously walked off the job for 12 days between December and February.

Iberia says the walkouts are costing the airline about three million euros ($3.92 million) per day.