I Was a Squatter, Reveals German Chancellor Merkel | News and current affairs from Germany and around the world | DW | 28.02.2008

I Was a Squatter, Reveals German Chancellor Merkel

In the '70s, squatting was a lifestyle choice in both East and West Berlin. The scene spawned a generation of anarcho-punks, making the city a counter-cultural haven. Few know that it also spawned the current chancellor. 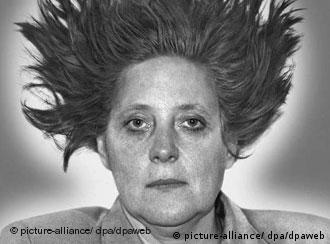 It's tough washing your hair when there's no running water

From one-time revolutionary Joschka Fischer to former RAF defense lawyer Otto Schily, a rebellious youth seems to be a rite-of-passage for German politicians. Those two went on to become the last German administration's foreign and interior ministers.

Until now, however, no one ever suspected that Chancellor Angela Merkel boasts equally street-smart credentials.

A woman who looks as though she wouldn't even risk jaywalking, Merkel revealed in an interview with the Sueddeutsche Zeitung's magazine to be published Friday, Feb. 28, that as a veteran of the infamous Berlin squat scene, she too once enjoyed a spell on society's margins.

During her 20s, she explained, she lived illegally in an apartment in the district of Mitte, a now gentrified neighborhood in the heart of what was once communist East Berlin.

Apparently, she had struggled to find accommodation when she moved to Berlin from Leipzig with her first husband in 1978 to work in a science institute. So what's a girl to do but reach for the nearest crowbar? 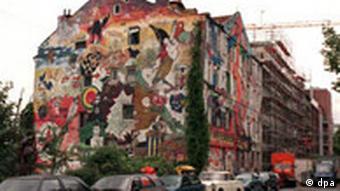 A far cry from the German Chancellery

Others might have resorted to scanning the classifieds, but Communist East Germany raised its citizens to get their hands dirty.

It's hard to imagine her western colleagues, such as prissy Family Minister Ursula von der Leyen, taking similar action -- let alone gym-lovin' Condoleezza Rice or ultra-groomed Hillary Clinton, who would surely balk at the lack of running water, outside toilets and hungry rodents that are par for the course in the average squat.

But Merkel, the first German chancellor to have grown up in the GDR, is made of sterner stuff. And unlike in the West, squatting in East Berlin didn't necessarily entail endless cans of beer, dogs on strings and torn leather jackets. It just meant moving into a vacant apartment.

"The state renting agency was no longer aware of which buildings were empty and which weren't," she said. "I took advantage of their confusion out of desperation."

But while her peers on the other side of the Berlin Wall saw squatting as a rejection of mainstream society, indulging in free love, experimenting with drugs and never failing to play their music really loud, Merkel the pastor's daughter made sure she paid rent.

"I simply transferred money to the state renting agency," she said. "At the time all money was most welcome."

Police this week evicted squatters of a famous tenement in Berlin. The move is just one more example of how the new German capital moves away from its post-war past. (11.06.2005)

When Squatters Grow Up

During the eighties, Hafenstrasse in the St. Pauli district of Hamburg was a notorious squatters' hotspot, but as time drags the former 'occupiers' towards middle-age, the street exudes a much more settled vibe. (26.05.2004)

From left-wing radical in Frankfurt to foreign minister of Germany. No other German politician possesses a resume as spectacularly varied as Joschka Fischer. (18.08.2002)

Do you think this news undermines Merkel's credibility? Send us an e-mail, including your name and country of residence.