As Venezuelan President Hugo Chavez announced a deal to drill for oil with China Orinoco basin, his government pushed along plans to shutter 29 radio stations. The move comes after 34 others were recently shut down. 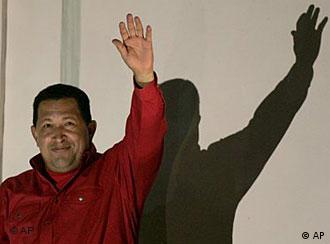 From the time he was put in jail in 1992 for a failed coup attempt to the revolutionary campaign that saw him elected in 1990, Chavez has used the media to polish his image, according to his critics.

Venezuela's media are required by law to air the president's national addresses and messages, some of which can last for hours. Over the last 10 years Chavez has interrupted more than 1,000 hours of regular programming to address the nation and has weekly radio and TV shows.

According to William Echeverria who heads Venezuela's journalists association, all independent media that is critical of the government is put under a microscope.

"Many journalistic media in different parts of Venezuela prefer to negotiate with the government than cease to exist," Echeverria said, adding that this results in little room for dissidence in Venezuela's mass media.

The government has tagged Echeverria as part of the opposition media that does not report the achievements of Chavez's leftist revolution. But that's a charge Echeverria has disputed. 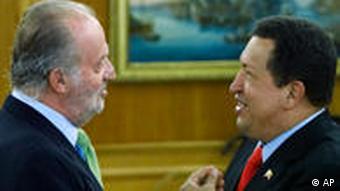 "President Chavez wishes that all the media speaks well of his political ideals, and that just cannot be," he said.

Echeverria also conducts a morning show in Globovision, a staunch Chavez critic. This year the 24-hour news channel has been fined millions of dollars for violating recently enacted media laws. It has also suffered tear-bomb attacks conducted by government sympathizers.

Stations like Globovision that are slated to be shut down were broadcasting illegally and deserve to be closed, according to Maria Eugenia Acero who works for the National Radio International program.

"They were illegal from the beginning," she said. "The frequencies they used didn't belong to them, so that space was simply made free for community radio stations or other stations to operate." 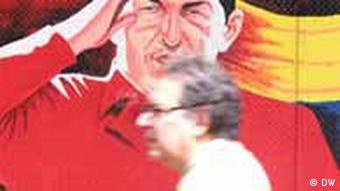 Much of the general public feel caught in the middle of a media war that's left urban young people, like Katiuska Machado, a language student at Venezuela's Universidad Central, turning to the Internet for independent information.

"There is no way you can have a proper point of view on the radio, TV or newspaper," he said. "The whole media both sides are completely, completely partial."

National Radio's Eugenia agreed there is a strong bias in Venezuela’s media. She said if opposition groups would stop trying to smear Chavez, her station wouldn't be forced into lauding the government's activities.

"Instead of informing, there is political campaigning going on from each side," she said. "National Radio is simply counterattacking the editorial line of media that is very openly against the government. We promote and inform the achievements the state has accomplished because it is not being broadcast elsewhere." 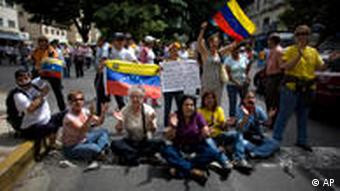 The antagonistic media landscape and a public with limited Internet access leaves journalists trying to present balanced reporting largely without a means to spread information.

While he is still highly popular in the country, journalists criticize that Chavez's policy to polish up his image hinders free reporting on critical issues in the country.

Venezuela's Journalist Union leader, Gregorio Salazar said he has been fighting to provide people with fair information since Chavez took office but often has to confront government agencies that would rather suppress media than support them.

"Authorities believe reporters are not informing when something bad happens because it's our job, but because we journalists are politicians opposing the government," he said. "Therefore we have to be confronted and somehow quieted."

Although Chavez's speeches seem subtle and nuanced, the politics behind his rhetoric are clear.

"The verbs are expressed by a militarized politician that feels a historical responsibility to be the anti-imperialist and anti-neoliberal world leader," Salazar said.

He warned that the international community can not afford to underestimate the influence of Chavez's use of the media or the government's decision to close 29 more independent radio stations.

"This is to be taken seriously both inside and outside Venezuela, because they are not only words, they are concrete actions backed by Venezuela’s immense amount of petrodollars," he said.

The Venezuelan president's revolution is under pressure from within and without: A renewed US presence is cause for concern while at home oil revenues are dwindling. Now he's looking for new alliances - and weapons. (17.09.2009)

The Venezuelan government has ordered the closure of 34 radio stations in the latest bid to rein in the media. Critics have slammed the move as state censorship. (01.08.2009)