The Huffington Post mixes traditional journalism with blogging and user commentary of the digital age. Already a huge success in the US, the website's German edition launched amid controversy. 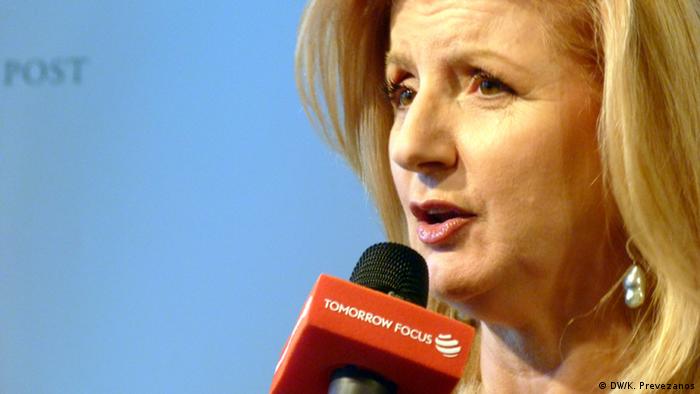 Some expect the end of journalism in Germany, while others consider Thursday's launch of the Huffington Post's German-language website to be long overdue. Media professionals, bloggers and Internet users have spent months debating the potential pros and cons of the website's arrival in Germany.

"Huffingtonpost.de" is the eighth foreign edition of the US platform, which plans to have a presence in 14 countries by the end of 2014. According to Oliver Eckert of the Tomorrow Focus Media, which publishes the German edition of the Huffington Post, the website will open shop next in Brazil.

The German edition expects to profit from the fame and concept of its US mother website, "huffingtonpost.com." Founded by Arianna Huffington in 2005, the news platform integrates blog posts and user comments with articles written by professional journalists. Guest authors have included US President Barack Obama and singer Madonna. The Huffington Post's original concept will be adopted by the edition targeting markets in Germany, Austria and Switzerland.

"The German-language Huffington Post offers news and stories from our authors on the one hand," Eckert told DW. "On the other hand, every reader can comment and discuss and, above all, publish articles themselves. There's no other German-language website that offers that."

The Huffington Post's journalists don't research all of the source material on the website themselves, instead often re-writing content from other online media. This so-called "aggregation journalism" has come under heavy criticism by media professionals in Germany and abroad.

"We don't steal content and don't publish other people's work as our own," Eckert said. "Instead, we reference external media as the basis for our journalistic work. The presentation and evaluation of sources stands in the forefront."

According to its own statistics, the Huffington Post receives 47.8 million unique visitors every month in the US and more than 77 million worldwide. It's not known how many visits each user makes to the website.

In Germany, the largest news website "bild.de," run by the mass-market daily "Bild," receives 250 million visits each month while the online version of Der Spiegel newsmagazine, "spiegel.de," receives 187 million visits monthly. But the number of users behind these visits is not published. 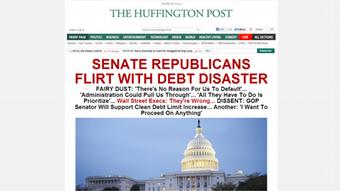 With its growing number of foreign editions, the Huffington Post hopes to establish a global presence. In each country, the website works with a local media partner. In Frances it's the media house "Le Monde," and in Germany it's the Internet company Tomorrow Focus, which publishes the weekly newsmagazine Focus.

The goals for the German-language edition have already been laid out. "Huffingtonpost.de" should be turning a profit by 2016 at the latest. Three million euros will have been invested in the German edition by then, and the number of users should have risen to 9 million a month. That would make the Huffington Post, with its offices in Munich, the fifth largest news platform in Germany.

The other foreign editions have not even come close to those numbers. In May an average of 2.8 million users visited the British edition, 3.1 million visited the French website, and 1.2 million clicked on the website in Spain.

'We welcome the digital transformation'

According to Eckert, the German-language edition will zero in on a few key subject areas in the beginning, and then expand its coverage later. Politics and business will be two of the website's main beats.

"In addition, we will cover health and lifestyle," Eckert said. "Technology will also definitely be a major topic for us."

The website's choice for editor-in-chief reflects the importance placed on technology: Sebastian Matthes last led the technology and knowledge section for the magazine "Wirtschaftswoche."

"The Huffington Post's vision will be clear: We welcome the digital transformation, without closing our eyes to the problems," Eckert said. "Because digitalization now encompasses all aspects of life: business, society, culture and politics." 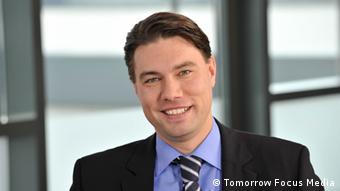 There's been a lot of talk among publishers and online news websites about the Huffington Post's German edition. They fear that the new competition will poach their users und hurt their earnings. By the end of 2013, 60 German newspaper publishers want to introduce pay walls for their online editions. They have said the idea is to ensure that high quality journalism is present online over the long term.

Huffington Post is a free website that earns its money through advertising. With its expansion, the website wants to become a global brand that's attractive for large companies' international advertising campaigns.

No money for guest authors

The Huffington Post's model of prominently displaying users' guest commentaries on the website is controversial, because the authors aren't paid for their contributions. Meanwhile, Arianna Huffington made 230 million euros when she sold the Huffington Post to AOL in 2011. She is now the editor-in-chief of the AOL subsidiary Huffington Post Media Group.

According to Uwe Kammann, the launch of "huffingtonpost.de" is a major gamble. Kammann is the director of the Grimme Institute, which researches and investigates the media landscape in Germany. He said he sees little need for the new website.

"In Germany, there's a very well established market of publication brands - print and online," Kammann told DW. "Whether an imported platform that mixes everything possible - from external blogs to external articles - can build an attractive profile is really very questionable."

Jörg Sadrozinski, on the other hand, said he believes a new product like the Huffington Post will enrich Germany's media landscape. Since 2011, Sadrozinski has led the German Journalism School in Munich, considered one of the country's leading schools. He previously led "tagesschau.de," one of Germany's biggest news websites, for 13 years.

"Journalism has a bit to do with trust," Sadrozinski told DW. "And the website first has to work for the trust of its users."

"I consider the Huffington Post's launch in Germany to be long overdue," media journalist and blogger Daniel Fiene told DW. He said he finds the old German news websites to be largely interchangeable. 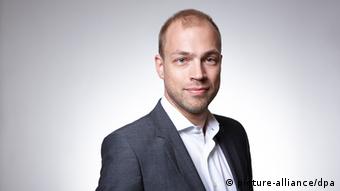 "They are all orientated toward their print or television productions," Fiene said. "There aren't really many media organizations that focus specifically on their web presence."

The model of the Huffington Post is similar to Facebook, where user comments appear next to professional pieces of journalism, according to Fiene. A blog editor reads the guest comments and edits them if necessary before they go on the website, he said.

But Fiene said the German edition won't have it easy, "because the German Internet scene is much more critical of new projects than the US Internet community.

"I expect that users will have an ambivalent attitude toward the German edition of the Huffington Post, as was the case with Facebook," he said. "They'll complain, but then they'll use it anyways."

Other websites have adopted the Huffington Post's model. The US website "buzzfeed.com" aggregates diverse material from the web. Founder Jonah Peretti has said that he wants to turn the website into the most important source of news and entertainment in the age of social media and mobile devices.

Peretti and "buzzfeed.com" President Ken Lerer founded the Huffington Post with Arianna Huffington in 2005. Individual media brands could begin to lose significance, now that there are platforms which collect and embellish the best content from the web and offer it to users.

But for many in Germany that raises the question of what value quality journalism will have in the future.

"Such platforms, on which everyone can publish their material without getting anything in return, contributes to a devaluation of journalism," Sadrozinski said. "Because it's no longer clear that the creative process - that writing and reporting - has value."

According to Kammann, the future of quality journalism ultimately lies with the reader.

"It will be essential that all of us - the public - recognize the intensive work which goes into outstanding pieces of journalism and reward it," he said.

Huffington: 'Self expression is the new entertainment'

As the "Huffington Post" website launches a German edition, its founder Arianna Huffington is planning further expansion. DW asks how her blend of journalism and commentary will change the country's media scene. (10.10.2013)

US online news giant Huffington Post has said it will team up with German Burda publishing house to launch a German language edition. The United States' biggest online news portal aims to conquer the German market. (29.04.2013)

Does print journalism have a future?

Changes are ahead for the print media, and at a management workshop in Berlin 11 editors-in-chief from 11 countries are looking at ways to make their papers fit for a digital future. (06.09.2013)

Newspapers beware: watchblogs are watching you!

Online surveillance of another kind: Watchblogs monitor media, companies and political parties - and they like to stick the boot in. In Germany, their most popular target is the "Bild" newspaper. (05.09.2013)

The Berlin-based Springer newspaper and magazine publisher is internationalizing and digitalizing in a bid to modernize its business strategy. It's responding to a shift of revenue to the Internet. (06.08.2013)