When professional footballers move between teams, the clubs of their youth often stand to profit. Among these is the club in northeastern Germany where Real Madrid star Toni Kroos started his footballing journey. 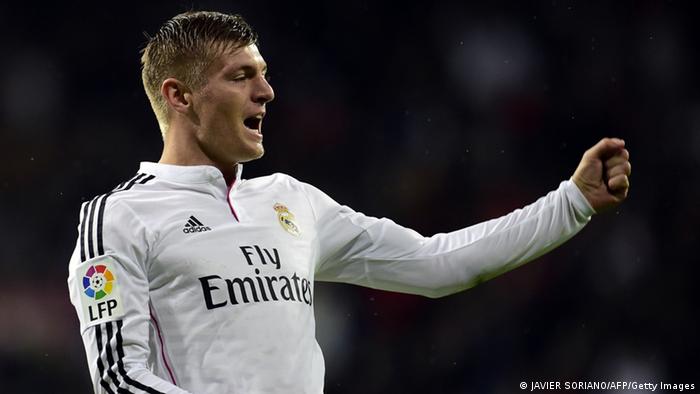 The clubhouse of Greifswalder FC stands on stilts in the ancient and run-down Philipp Müller Stadium in the northeast German town of Greifswald. The gates are broken and the pitch is in terrible condition. This is truly a relic from the days of communist former East Germany.

It's also the place where Toni Kroos, who signed a new Real contract on Wednesday, played his football as a young boy. He played for what was then Greifswalder SC until the age of 12 – quite a stroke of luck for the current club, thanks to FIFA's rules regulating the transfer of football players.

"If a professional is transferred before the expiry of his contract, any club that has contributed to his education and training shall receive a proportion of the compensation paid to his former club (solidarity contribution)," reads Article 21 of the training compensation and solidarity mechanism, contained in FIFA's "Regulations on the Status and Transfer of Players."

When Kroos moved to Real from Bayern Munich in 2014, the compensation due to Greifswalder FC was 64,000 euros ($70,600). However, Real Madrid didn't pay up right away. Greifswalder FC wound up having to sue Real, because the club that has won the Spanish league title more than any other, as well as winning the European championship 11 times, simply refused to pay. Real called into question whether Greifswalder FC was the legal successor to Greifswalder SC and only paid up after GFC had provided proof.

A high number of amateur clubs can expect a similar windfall every year.  One recent example is SV Rotenburg, who are due a payment of around 200,000 euros after Arsenal paid Valencia a reported 41 million euros for German national team defender Shkodran Mustafi.

And this is by no means a one-off. The solidarity mechanism applies to a player's entire career. This means that whenever a transfer fee is paid for Mustafi or Kroos in the future, Rotenburg and Greifswald will stand to cash in. 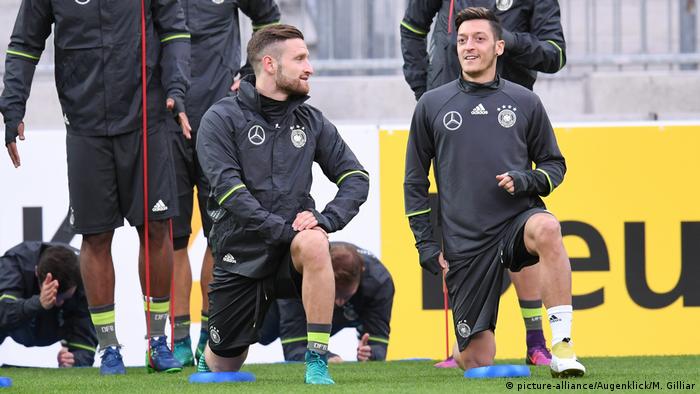 The solidarity fee is set at five percent of the total transfer fee - but this can be split between a number of clubs.  Let's say that a club trained a footballer between the ages of 12 and 15. It will be due 0.25 percent for each year the player spent in its youth ranks. For time spent at a club between the ages of 16 to 23 years, the compensation fee jumps to 0.5 per cent per year.

"On the whole, this solidarity mechanism is always being implemented", a spokesman for the German football association (DFB) told Deutsche Welle.  However, the DFB  is aware of some cases in which invoices totaling millions of euros have not yet been paid.

This also applies to education compensation for small clubs, which is also set out by FIFA. It is due when a player signs his first professional contract. This is designed to protect low-income clubs in places like Africa and South America, by preventing foreign professional football players from simply swooping in and buying away young talent without adequate compensation.

This is the category of compensation that German amateur club SV Wilhelmshaven has been refusing to pay - in a story that has been making the headlines for years. Two Argentine clubs are demanding that  Wilhelmshaven pay a total of 157,500 euros in education and training compensation for Sergio Sagarzazu, who signed his first professional contract with the club in 2007.

Wilhelmshaven continues to refuse to pay the sum demanded and has called on the two clubs to lower their demands. It also points to decisions handed down by Germany's Federal Court of Justice and the Federal Labor Court, both of which ruled that the educational compensation fees are unconstitutional. 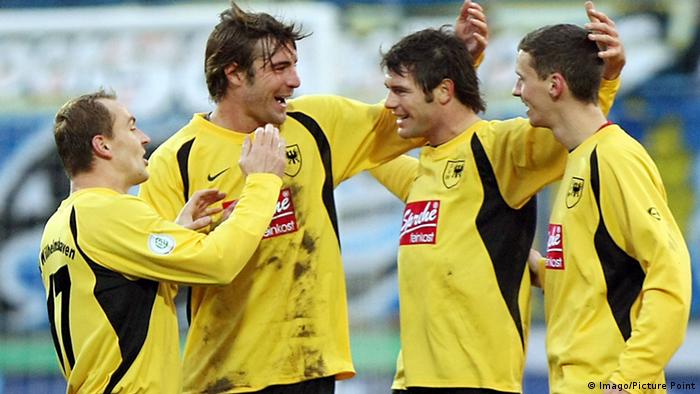 However, FIFA is sticking with its statutes. Four years ago, it ordered that Wilhelmshaven be relegated to the sixth tier of German football. However, Wilhelmshaven refused to give up the fight, and last month the Federal Court of Justice ruled that the forced relegation of the club was unlawful. However, the court case did not deal with the training compensation issue, which was what sparked the legal dispute in the first place.

Fortunately for Greifswalder FC, its initial dispute with Real Madrid over the compensation due over the Toni Kroos transfer was resolved without a major legal battle. The Spanish giants paid the last installment of the required solidarity compensation just last month. The club has already invested around 50,000 euros into badly needed new equipment for its teams.

"Without the Kroos funds, this would not have been possible," Greifswalder FC board member Heiko Jaap said.

The amateur club has also spent part of the funds on training for its coaches, and Jaap said the club was hoping that this would help its men's team to make the make the jump from the sixth to the fifth tier of German football.  He also said that the medium-term goal was to gain promotion to the fourth tier.

This comes as the club is making plans for the biggest investment in its history, when it renovates the Philipp Müller Stadium - particularly what Jaap described as the "embarrassing clubhouse." The rest of the funds from the Kroos deal are at play here, as they make up part of the 50,000 euros that the club needed to raise itself in order to submit an application for a public subsidy to the tune of half a million euros.