More than a billion people around the world still don't have access to electricity. The 2017 Poor People's Energy Outlook argues that improved financing for small-scale solutions could change that. 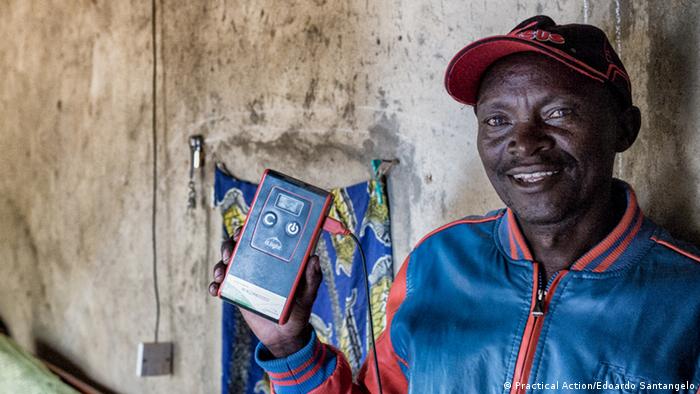 DW: In the 2017 Poor People's Energy Outlook  that your organization, Practical Action, has just released, you argue that the quickest and cheapest way to get energy to people who don't have access at the moment is a so-called distributed electricity system. That means not connecting remote communities to the national grid, the traditional way it is still being done in most countries, but actually putting local standalone solutions or mini grids up. Why is that cheaper and quicker?

Lucy Stevens: If you're going to generate power in one part of a country and take it to another part of the country, you need a lot of infrastructure like lines and poles. That means that the current cost of a mini grid, or the distributed systems that you can get now - rooftop solar, sometimes wind energy, or small hydro systems - are competitive with the price of national grid connectivity. 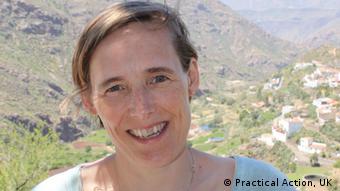 According to World Bank data, it takes nine years on average for a new kind of power plant and grid extension project to happen. Off-grid systems are really very quick. If you've got a company already up and running it can take less than a month to deliver a household solar system or less than a year to get a mini grid set up in a community. So a lot of time and development potential is lost while people wait.
Read more: Africa taps solar energy for a brighter future

The communities you focused on in the report were in Togo, Bangladesh and Kenya. Are those ideas you mentioned, like solar mini grids for a village, applicable in all those communities you looked at?

Well, you need to tailor the solutions to the local circumstances. Sometimes people will argue that if you're connected to the national grid, you've got 24/7 power - and you just pay for what you use - whereas sometimes solar home systems only have a limited amount of power. Actually what we found is that in some of the more remote areas, grid power doesn't perform well and is very unreliable. The standalone systems and mini grids are more reliable. And these days, with increasing energy efficiency of the appliances that people use, those systems can provide all the energy they need. It's enough.

What do they generally want to do with it?

Well, it does vary from place to place, but there's a basic set of services that people need: lighting, cooling, and being able to connect and charge devices like mobile phones, radios or a small TV. But its also about how people make a living. Some communities we looked at were fishing communities, and they were really interested in cold storage for their catch. Sometimes that's good for farmers too. Other people needed irrigation and ways to pump water, so it depends where they live. 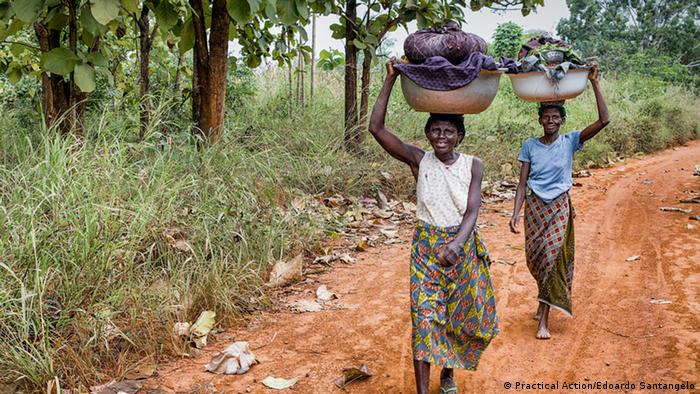 How expensive is bringing a mini grid or other local systems to a community, say, in Bangladesh or Kenya?

Well there's some analysis that's been done and they've worked out that the cost per connection, for example for a small solar home system, is probably about $30 to $100 (27 to 92 euros). For a mini grid it's about $500, but the per connection cost for a national grid can be up to $2,500. So much more investment needs to be committed to these kinds of off-grid solutions.

In Bangladesh, the government has started a massive push to get the entire country connected to the grid by the 50th anniversary of their independence in 2021. But our calculations show that it's costing the country more than it would if they used off-grid options. 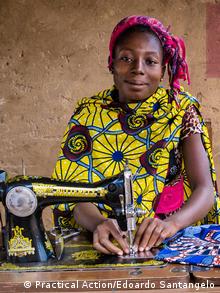 Access to power and the right tools make all the difference

At the moment, the global development finance sector including institutions like the World Bank are geared mainly towards financing the national grid and giving countries or big companies money instead of having instruments where smaller companies or more local solutions can be financed. How much of an obstacle is that?

It's a big problem. We found that's particularly the case in Togo. Bangladesh and Kenya have become quite famous for the amount that they've done to develop these kind of off-grid sectors. But in Togo there are hardly any companies working on any of these things. They wouldn't be able to take a loan of a size that big lenders like the World Bank would be able to cope with. So in some places, what's needed is a kind of market activation. The German Development Cooperation (GIZ) and the UK Department for International Development are examples of big agencies that have been promoting these ideas much more actively. 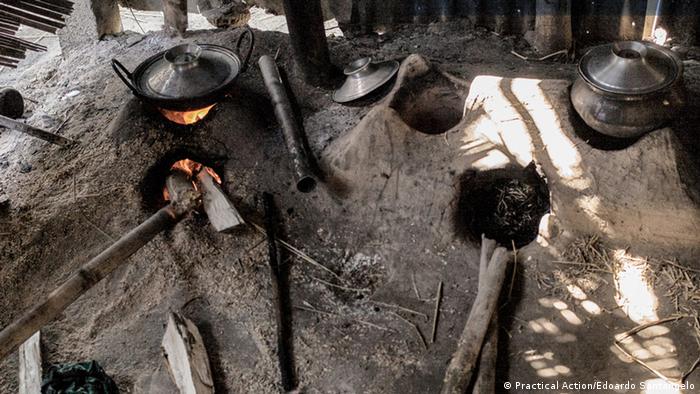 Around 3 billion people around the world still rely on dirty, often dangerous, fuels for cooking and heating

What recommendations would you make to finance institutions like the World Bank about how they could change their policies to support energy solutions?

They are beginning to change their policies because they've had quite a lot of criticism for not doing enough. But they need to work harder, along with the private sector and civil society organizations, to make their systems more flexible to allow for smaller grants that can be distributed in smaller packages. The African Development Bank has floated some new programs and is beginning to be very committed, at least verbally. The European Union is also beginning to do more, but I think we really need to see these promises turn into actual money.

Read more: What are the Sustainable Development Goals anyway?

The International Energy Agency has estimated that around $49 billion annually are needed to give everybody access to electricity within 20 years. How much of this money do you think poor people themselves can contribute?

That's a very important point to raise. Actually a lot of poor people are already spending a higher percentage of their income than you or I would spend on our energy bills. And that's because the kinds of energy that they're buying is often very inefficient and expensive, such as kerosene for lighting. Poor people can and are willing to make a significant contribution, but of course there is still an important financing gap. We've worked out that of the annual cost of around $72 per person per year, people would be able to contribute about $23. That means there's still a $50 gap. And that money needs to come from somewhere. While grid extension projects are currently subsidized in almost all countries, people are unfortunately expected to pay the full cost of off-grid solutions themselves. 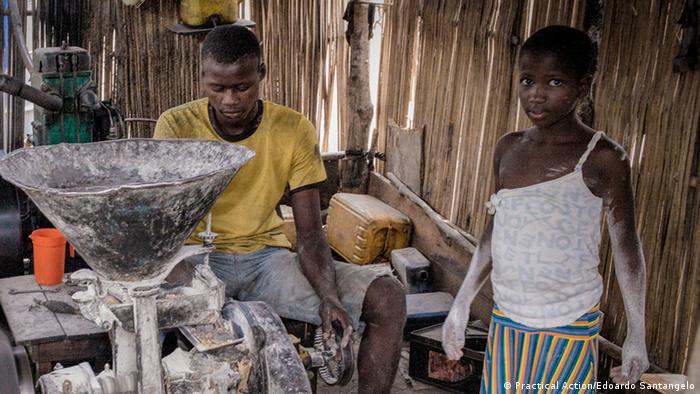 In the Poor People's Energy Outlook, you also draw attention to the gender perspective. Why do you think it's so important in the context of clean cooking and energy access?

Well people quite often think that if energy is provided to the whole household, everybody benefits. But because women and men are usually responsible for different things within a household, and in their productive lives, the way that you provide energy will make quite a difference to whether women are empowered to the same extent as men. And that will then make a difference to how much the whole community can move forward. A practical example would be pumping clean water for drinking. Sometimes that can take a large amount of time and energy, mainly for women.

And for example in Bangladesh, the men might be more responsible for planting in the fields, while women are responsible for things like threshing the rice. So what are you going to invest in? If you invest just in the production in the fields, you're still leaving women to do all this threshing without the benefit of any power. But you could invest in powered machinery to help families with the threshing. So where you make your investments has a big gender implication.

Lucy Stevens is a senior policy adviser at Practical Action, a UK-based charity which uses technology to challenge poverty around the world. Practical Action has published the annual Poor People's Energy Outlook since 2010. The 2017 edition of the report is being launched at the Vienna Energy Forum (11-12 May).

This interview was conducted by Anke Rasper, and has been edited for clarity and length.

The UN's new Sustainable Development Goals cover a sprawling agenda with 17 goals and 169 targets. Would less mean more or could this the beginning of an important new age in global development? (26.09.2015)

World in Progress: 'Missed opportunities' when it comes to SDGs