Historian on Palmyra: 'Russians lack the expertise to restore the World Heritage site'

Ahead of the UNESCO conference on the safeguarding of cultural heritage in Syria, opening in Berlin on Thursday, June 2, historian Annie Sartre-Fauriat claims that Russia is further damaging Palmyra. 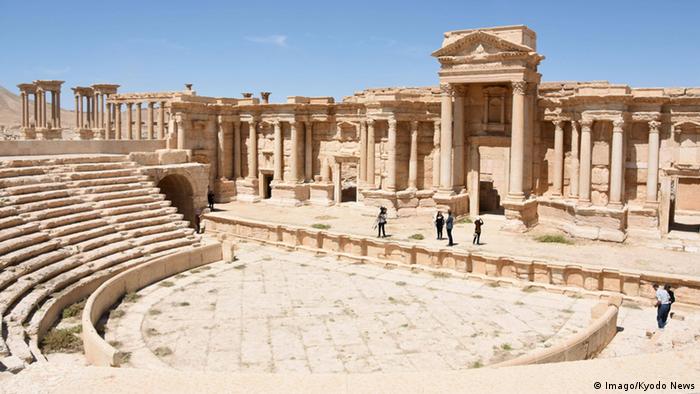 "In my opinion, it's simply a political maneuver. Putin only helped al-Assad recapture Palmyra so that he could be celebrated as a savior, and the Assad regime gladly made use of his help," she said.

"I'm worried about the situation because the Russians have no experience when it comes to Palmyra. They lack the expertise to carefully and respectfully restore the World Heritage site," the expert said. "The Russians have never been involved with the Palmyra site, not as archeologists, not as historians, nor as conservators."

Sartre-Fauriat accused UNESCO's director general Irina Bokova of "becoming entangled in contradictions. At times, she says Palmyra should not be rebuilt with haste; at other times, it seems the Russians can do what they want."

Bokova, who was nominated by Bulgaria as Ban Ki-moon's successor for the post of UN secretary-general, "owes her position as UNESCO director general in large part to Moscow's support. For that reason, in no way does she want to make an opponent out of Russia," Sartre-Fauriat said.