Hermann Hesse is one of Germany's best-known authors abroad. This year marks the 50th anniversary of the death of a writer who explored identity, freedom, and the magic of words. 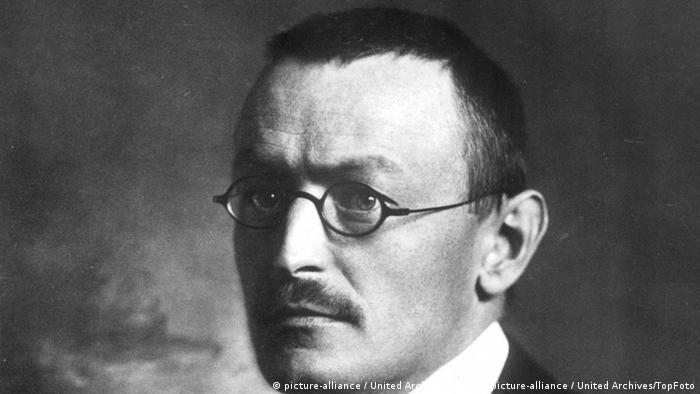 The German Nobel Prize for Literature winner from 1946, Hermann Hesse, remains a bestselling author in Germany. His publishers (mainly Suhrkamp) repeatedly issue reprints of his famous novels and stories and publish collections of his letters, poems and essays. Hermann Hesse is also widely read outside of Germany. To mark Hermann Hesse Year 2012 (the author died 50 years ago on August 9, 1962), a number of new publications about the author have been released. An international conference is also taking place this week in Bern. In an interview with DW, Hesse biographer Gunnar Decker explains the enduring popularity of the German author's work abroad.

DW: Mr Decker, Hermann Hesse's reputation experienced many highs and lows in Germany, but also abroad. How can that be explained?

Gunnar Decker: Hermann Hesse is an author who time and again dealt with the contradictions of the 20th century. Contradictions such as being confronted with technological developments which threatened him, with outside forces which robbed him of his autonomy. He was always preoccupied with the question of how to defend oneself against such things and of how one might escape such alienating situations. He dealt with the question of an unalienated life, of finding balance internally and externally.

The biggest stimulus that Hesse experienced was during the 1960s and 70s and was coupled with a very specific experience: There was the rock group called Steppenwolf, who sang "Born to be Wild" with the lyrics "Born in the wild, different, free to live." That impulse to break free was directed against outside conventions which were viewed as too hard pressed on the people. It was directed against the war in Vietnam and was coupled with drug use. That is a very specific historical experience in the Hesse readings. Hesse asked: How can I assert my autonomy in these situations? That had a very strong symbolic force in American youth culture. 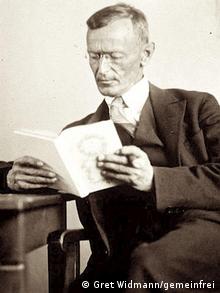 You mentioned America and the hippie period with many political changes. In which countries was or is Hesse still popular?

Today, Hesse provides an important encouragement for many people in Arabic countries. "Do not follow me, follow yourself" - in the Nietzschean sense, that plays a very significant role in Arabic countries today. The question of autonomy and the autonomy of the religious. The search for an understanding of religion that is not militant, not missionary, but open to other ways of life and other ideas. That is a very pressing issue in the Arabic regions. It is something current that is portrayed very differently to how it is here.

Aside from the US and the Arab countries, we also need to look to Asia when considering the worldwide influence of Hesse.

Interest in Hesse has been continually growing in Asia. People there are also interested in Hesse as a "German" author. Hesse's quite problematic relationship to the national - to Germans - plays a role. I believe that his distance from Germans makes Hesse as a "German" author interesting for people abroad, while Thomas Mann, for example, had a very clear relationship to the Germans. For him it was clear: His home was Germany and he wrote from that position. With Hesse, it is much more fragmented and much more complicated.

He also wrote his Alemannic avowal, in which he said that his relationship to boundaries, country and state borders was highly questionable. And he couldn’t remember what nationality he was born with. Probably Russian. Added to that was Hesse's missionary background: His parents were pietistic missionaries who lived in India for a long time. That is a form of cosmopolitanism with a paradoxically provincial complexion. 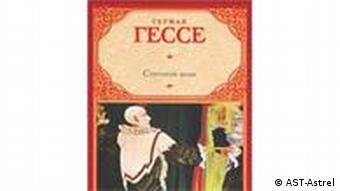 "Steppenwolf" was also popular in Russia

But all that prevented the Hesses, also the grandfathers and fathers, from ever becoming "good citizens." They always had a different perspective on the state and historically limited forms of existence. They had begun to question earlier: How should I live properly? That is a question which always led Hesse to be conscious that actual life, actual existence, was for him based in language. Language is actually reality. Words are magical. With them you can perform magic.

This fundamental understanding and the return to questions such as "What nationality am I?" and "Which country do I live in?" has an associational quality. With Hesse it has something universal, but is also critical of globalization. In the sense that one always asks: What is life actually? How does the unalienated, human life that we are supposed to lead look? And how can we all live together despite all the things that divide us? There, Hesse is an author who built many bridges.

Events in Afghanistan remain distinctly dislocated and remote, particularly in Germany where military engagement is a sensitive issue. But recent publications are starting to make the conflict more tangible. (26.03.2012)