The manufacturer of the G36 rifles has resisted criticism against the weapon after a German army review pointed out problems with the gun's accuracy. The company has said soldiers could completely depend on the machine. 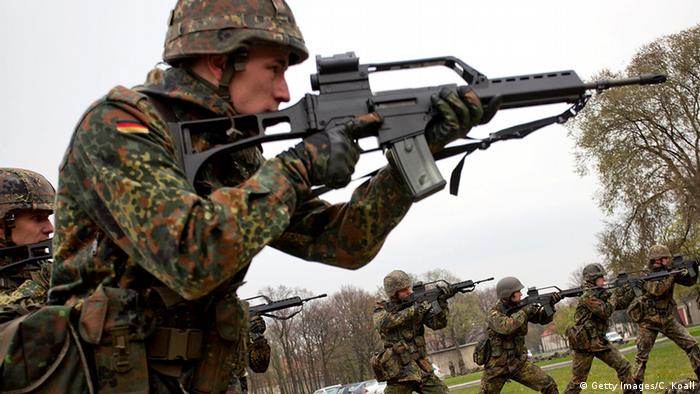 Heckler & Koch chief Andreas Heeschen defended his company's weapons after a review by the German army said the gun could not hit its targets in hot temperatures.

In an interview with the German weekly "Frankfurter Allgemeine Sonntagszeitung" (FAS) on Sunday, Heeschen said, "It cannot be that one discovers after twenty years that the weapon is useless." Heeschen said the guns his company produced were "100 percent efficient."

The G36's capabilities came under scrutiny after a study commissioned by the German Defense Minister Ursula von der Leyen last year claimed "the weapons system did not fulfill requirements." The German army claimed in the study that the G36's precision was lower than had been estimated before.

The weapon's capacity to hit targets fell to 30 percent with a 30 degrees Celsius rise in temperature, depending on weather conditions or the intensity with which it was used, the report said.

The reason for the gun's poor precision was its "complete system," the research revealed. But the FAS, which claimed to have a copy of the study's findings, said problems with the weapon could be resolved. 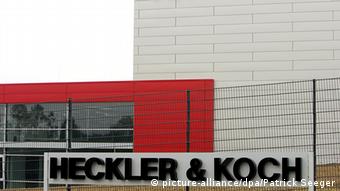 The company was "naturally" ready to discuss changes in the machine gun, Heckler & Koch's Heeschen insisted, adding that the soldier was "of sole importance" to his organization. However, one needed to take into account that general conditions for fielding the weapon had changed over the past years.

"If a single person buys a convertible, uses it for many years and then gets married and has four children, he cannot just complain to his manufacturer and say: the car is rubbish and we don't fit into it."

The CEO claimed that his company did not know exactly why the machine gun was showing problems, since the report hadn't been formally released as yet. Heeschen would also not shy away from going to court, if his company "determined that the study was not carried out according to rules."

Heeschen maintained that the G36 was in perfect condition, adding that the truth would "come to light."

German gunmaker Heckler & Koch has been accused of supplying rifles to the police force of Iguala, Mexico. The Iguala police recently gunned down several protestors and are thought to have close ties to the mafia. (12.12.2014)