Hans Beck, the inventor of Playmobil dolls and matching model cars collected by millions of children worldwide, has died at the age of 79, the German manufacturing company he worked for said Monday. 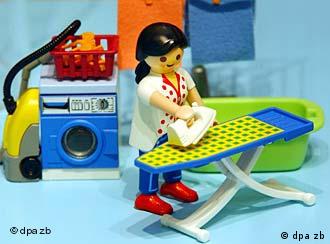 Hans Beck's Playmobil was sold in over 70 countries

Playmobil men and women, which are 7.5 centimeters tall and have moveable arms and legs, have developed over the years into a complete fantasy world with police stations, trains, boats and castles.

Beck, who lived in Germany near Lake Constance, died on Friday last week after a serious illness, the Geobra Brandstaetter company said at its offices in Zirndorf near Nuremberg on Monday, Feb. 2.

A model enthusiast who had trained as a furniture carpenter, he worked for the company from 1958 to 1998, rising to head of design.

When Geobra Brandstaetter asked him to design a collectible toy, it expected him to propose a range of scale-model cars. But instead he devised Playmobil, in which all the vehicles and buildings are scaled to accommodate the dolls. It was launched in 1974.

"No horror, no superficial violence, not short-lived trends," was Beck’s motto, and some 2.2 billion dolls later, the range is the foundation of the company's prosperity and is exported to 70 nations.