Last month, hackers plundered the accounts of Bangladesh's central bank, making off with $80 million. It was one of the biggest banking heists in history - and it would've been a lot bigger were it not for a simple typo. 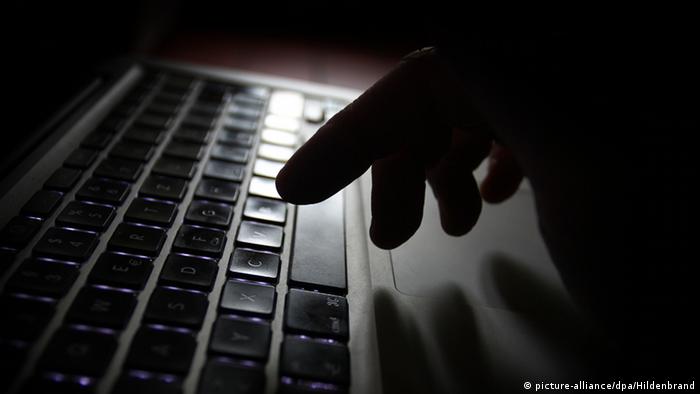 The cyber criminals hacked their way into the network of Bangladesh's central bank, stole the necessary credentials for making wire transfers, and then sent more than 30 rapid-fire requests to move money from the Bangladeshi bank's account at the Federal Reserve Bank of New York to entities in the Philippines and Sri Lanka.

The hackers' first four attempts were successful: Some $81 million (74.4 million euros) flowed freely from New York, where Bangladesh holds billions of dollars for international settlements, into accounts in the Philippines.

But on their fifth try, the hackers hit a snag: Their request for a $20 million payment to a Sri Lankan bank account, one that purportedly belonged to an NGO, was blocked.

Now it has emerged that despite managing to find weak links in an expansive computer network to steal million of dollars, one of the hackers misspelled the word foundation in the NGO's name, instead writing "fandation" and arousing suspicion.

Deutsche Bank, which had been tasked with the routing of the sum, suspected something was amiss and blocked the transaction.

At the same time, bankers in New York also alerted the Bangladeshi central bank after it registered a seemingly high number of payment requests. In all, the stopped transactions totalled between $850 and $870 billion, according to two Bangladesh Bank officials who spoke to Reuters on the condition of anonymity.

The Federal Reserve Bank of New York's moves were not speedy enough to satisfy the Bangladeshi government, however. On Tuesday, the country's finance minister announced that if the funds are not recovered through current criminal investigations, Bangladesh may resort to suing the Federal Bank.

For its part, officials in New York said the bank's systems were not breached and that it has been working with Bangladesh's central bank since the incident took place.

Bangladesh is aiming to enact a controversial digital security law aimed at tackling digital crimes. But experts fear the proposed legislation could also be used to muzzle freedom of expression in the polarized nation. (13.01.2016)

A Turkish hacker behind one of the biggest financial heists in history has pleaded guilty in a US court. He was extradited from Germany last year. (02.03.2016)

Cybercrime and IT Security

Even though cyber crime has been rising rapidly for year, many companies are not adequately equipped to cope with hacker attacks and data theft. There’s growing demand for IT security experts and solutions. (01.12.2015)