As of August 1, children in Germany aged one to three are guaranteed a spot in daycare. But there is a shortage of places, especially in the big cities. The new law allows parents to sue if they cannot get a place. 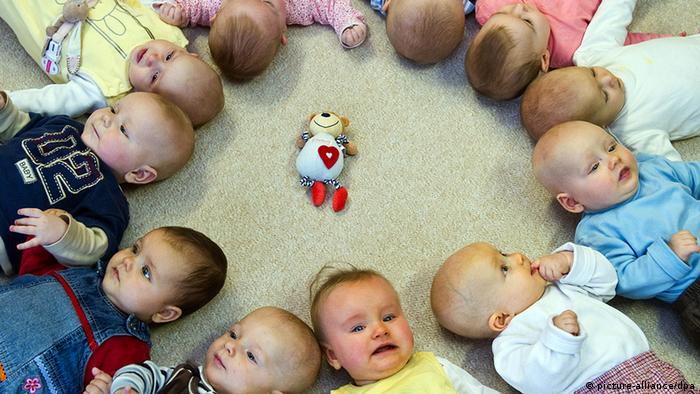 From Thursday, parents in Germany have a legal right to a spot in a daycare center for children aged one to three.

Family Minister Kristina Schröder said on Wednesday that there are "nearly enough places" available throughout Germany. "The regional and local administrations have made a tremendous effort to meet the deadline," she said.

Schröder said there will be around 813,000 places for the under-threes this year, but 90,000 of those have not been finalized yet.

The German Association of Cities, which represents local councils at the federal level, says its members had made a "massive effort" to meet demand and that there will continue to be shortages in bigger cities.

"Regarding childcare, we cannot afford to put our feet up and pretend we're done with this," its president, Ulrich Maly, said on Wednesday.

The government's plans have been contentious since being launched in 2007. Opposition politicians, unions and education experts point to the lack of qualified childminders in Germany, which means that many daycare centers need to take on more children with the same number of staff.

Germany's Federal Labor Office estimates that an additional 20,000 childminders are needed by 2016 to meet the government's quota.

Their main criticism, however, is the introduction of a new childcare subsidy, which also takes effect from August 1. It allows those parents who do not put their child in daycare between the ages of one to three to claim 100 euros a month this year and 150 euros a month from 2014.

Chancellor Angela Merkel's Christian Democrats and their coalition partners, the Christian Social Union in Bavaria, argue their plans give parents a fair choice. The opposition says the subsidy is a waste of money, which is desperately needed to fund daycare centers.

Many industry representatives argue the subsidy sends out the wrong signal to mothers and does nothing to entice women back to work after having children.

The opposition Social Democrats and the Greens have said they would scrap the subsidy if they come to power after the elections on September 22.