Greek prime minister calls for unity to overcome financial woes | Europe | News and current affairs from around the continent | DW | 12.09.2010

Greek Prime Minister George Papandreou appealed to citizens to work together to help the country recover from its economic decline. Papandreou made his call as thousands gathered to voice objections to government cuts. 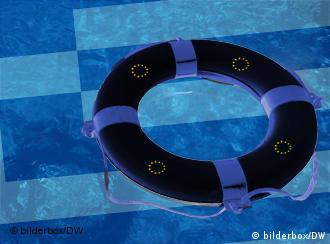 Papandreou said Greece would sink or win together

As demonstrators took to the street on Saturday and Sunday, Greek Prime Minister George Papandreou called for unity in the face of austerity and a need to revive the country's ailing economy.

Papandreou said on Sunday that restructuring Greece's hefty national debt would be "catastrophic for the economy."

"The logic of restructuring the debt would be catastrophic for the economy, for our credibility, for our future," Papandreou told reporters, adding that no additional austerity measures would be necessary in coming years.

Speaking at trade fair in the northern city of Thessaloniki on Saturday, Papandreou said the country had to focus on a common goal. 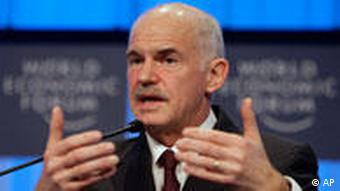 Papandreou called on Greeks to stick together in tough times

"We are fighting for the survival of Greece," he said at an economic policy speech at a trade fair in the northern city of Thessaloniki. "Either we'll win together, or we'll sink together."

The prime minister said his government would open up sectors of the economy such as electricity and freight transport to greater competition. He also promised to overhaul loss-making state firms such as Hellenic Railways.

"I ask all the country's productive forces to join us, to support this great change," he said.

Papandreou promised to set aside 3.5 billion euros ($4.4 billion) of mainly European money to protect the unemployed and other vulnerable groups. He also said the tax rate on companies' retained profits would be cut from 24 percent to 20 percent next year in a bid to boost growth. 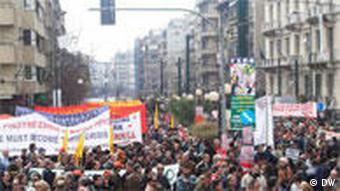 Demonstrations against cuts have grown increasingly common in Greece

Some 20,000 protestors marched outside the fair on Saturday pressing for austerity measures to plug the country's public deficit to be targeted at the rich. Police fired tear gas against one group of youths as violent scuffles broke out.

An extra 4,000 officers were drafted in from other parts of the country to police the rally, making several arrests.

The austerity measures, including public spending cuts and tax rises, are aimed at reducing the budget deficit from around 14 percent of gross domestic product to less than 3 percent by 2014.

Greece was saved from defaulting on debts in May by fellow euro area members, who agreed to lend the country 80 billion euros over three years, provided the savings plan was introduced. The International Monetary Fund added 30 billion euros.

Prime Minister George Papandreau of Greece reshuffled his cabinet on Tuesday to speed up an economic recovery and appease public opinion after a debt crisis nearly drove the country into bankruptcy. (07.09.2010)

International inspectors say Greece has made a strong start in implementing austerity measures to curb its debt crisis. One official said he was confident Athens would now receive the next instalment of a rescue package. (05.08.2010)

At a meeting of German ministers, members of parliament and leading international bankers, the international community turned up the pressure on Germany to help Greece with its debt crisis. (28.04.2010)