Germany's labor minister launches package of incentives aimed at helping older workers remain on the job longer. It comes as a response to criticism of the government's plan to raise the retirement age to 67. 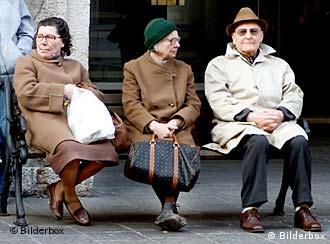 Only one in three Germans works until the official retirement age of 65; only 42 percent of Germans older than 55 are still gainfully employed. Labor experts say those statistics are unlikely to change as long as five million people are jobless. But Labor Minister Franz Müntefering claims his package of incentives for elderly workers would help turn the situation around.

Dubbed "50 plus," Münterfering's plan aims to help older workers remain part of the workforce longer. It includes state bonuses to support elderly workers in low-wage jobs and financial incentives for employers willing to hire people over 50.

The proposal comes in response to criticism of the government's decision to raise the retirement age from the current 65 to 67 years in a staggered process ending in 2029. Critics have pointed out that lifting the age limit is unrealistic in a country where so few older people stay on the job much beyond the age of 60.

Germans retire on average at just over 61 years of age. That is considerably lower than the average American who works until 65 and the average Japanese who is on the job until 69. 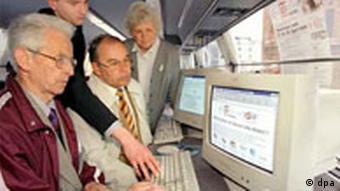 Demographic forecasts indicate Germany's population is greying rapidly, with the age increase accompanied by a decrease in the number of working people who pay into social security. That is making it difficult for the state's pension system to cover growing retirement costs. In the view of Müntefering and his colleagues in the governing coalition of Social Democrats and the Christian Union bloc, getting more people to work longer seemed like the right idea.

Skeptical view from the street

In interviews on several Berlin streets, the minister's ideas got a mixed response.

"I'm approaching the age where I should start thinking about this issue," said a woman in Berlin. "I believe Müntefering's plans aren't so bad. The help will be especially important for elderly people who've been unemployed for a long time. I imagine that they now have only a slim chance of being reintegrated in the job market."

Others over 50 complain that past measures designed to help elder workers find jobs have had limited success.

"It could probably be an effective instrument, but only if they really put into practice what they're promising," said a female cleaner. "There simply hasn't been enough willingness to see to it that such measures really have the desired effect."

"I'm over 50," she added, "and whenever I apply for a better-paid job, employers look at me in disbelief and tell me that for me the job market is closed." 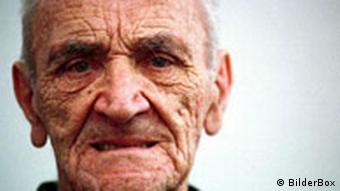 Germans work on average until age 61

Her skepticism is widely shared. Many blame employers for being unwilling to hire older workers. Others argue that the tendency towards a quick-fix in the form of financial incentives is not well thought out.

"There's a widespread misconception that's also shared by the labor minister that you only need to grant a few financial incentives and then all of a sudden the unemployment problem will vanish into thin air," explained a Berlin man.

No clear solution in sight

While many agree that Germans should be encouraged and enabled to work longer, there is no clear solution of the best way to achieve this. While incentives for employers are one possibility, others suggest capping incentives on taking early retirement, which would make leaving the workforce early less attractive. 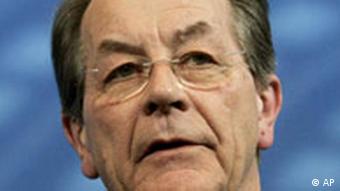 Müntefering himself has admitted that there is no single easy solution. What's clear, he said on Wednesday, is that the current retirement system will not be sufficient to cover the needs of all those leaving the workforce. On the one hand, Germans must be willing to work longer and employers must do their part in keeping and hiring elderly workers.

On the other hand, he said, individuals must also start taking responsibility for their own futures and depend less on state pension plans. According to government statistics, the current pension system will not be sufficient to cover all living costs in 2019. Germans must therefore be prepared to provide at least partially for their own retirement, the minister said.

In addressing criticism, Müntefering responded that there was plenty Germans could do to cover costs in retirement, if they didn't want to work any longer: "One can try lots of things like playing the balalaika or lottery."

Controversy Over Rising Retirement Age Heats up in Germany

German government plans to raise the retirement age from 65 to 67 more quickly than previously intended have stirred a heated public controversy. Some politicians now have already started to demand exceptions. (Feb. 12, 2006)

Germans Willing to Work Past Retirement

Only a minority of elderly people in Germany are satisfied with saying goodbye to their working environment at the age of 60, says a study presented on Monday by the German minister for family affairs, Renate Schmidt. (Aug. 3, 2005)

Negotiations aimed at forming a grand coalition government in Germany have continued with a focus on ways to remedy chronic cash shortages in the country's health and pensions systems. (Oct. 28, 2005)