Government surveillance of Left party has murky legal basis | Germany | News and in-depth reporting from Berlin and beyond | DW | 24.01.2012

Members of Germany's Left party, the descendant of East German socialism, have long known their government has been spying on them. What is unclear, experts say, is the depth of the spying - and its legality. 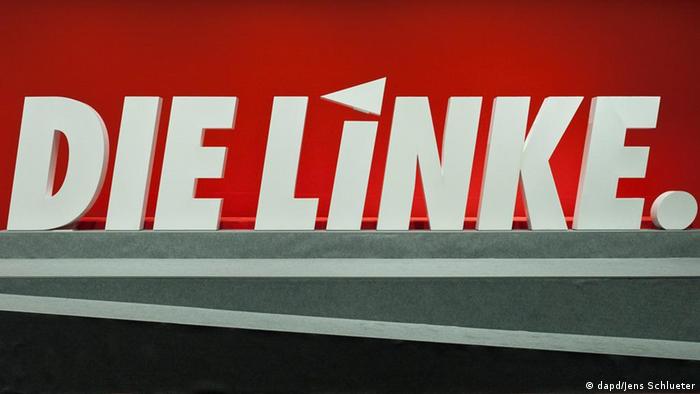 The files kept by the Germany's domestic security agency on the vice-president of the lower house of parliament, the Bundestag, are said to be 600 pages thick.

Exactly how much there is, Petra Pau herself doesn't really know. Unrestricted access to the documents, something she has wanted for years, has been denied to her by authorities. Several pages were blacked out, Pau once complained, after once gaining partial access to the files. She is not the only member of German most left-wing mainstream political party, the Left party, to complain.

Parliamentary group chairman Gregor Gysi has similar grievances. The 64-year-old is convinced that the Federal Office for the Protection of the Constitution (BfV) has acted against him and other members of the Left Party using "secret service methods," contrary to the assertions of the agency itself. "They lie," said Gysi on Monday in Berlin.

The party has part of its origins in the Socialist Unity Party of the former East Germany, although it went on to try to distance itself from Soviet-era Communism.

The German news magazine Der Spiegel has stirred up new controversy on the subject. It has reported that 27 out of 73 lawmakers from the party's parliamentary group - as well as 11 others in regional state parliaments - find themselves under observation by the BfV.

Suspicion on both sides 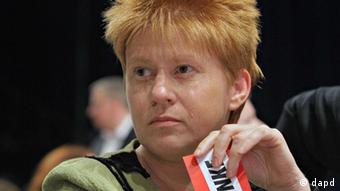 Petra Pau, vice-president of the Bundestag, has been denied access to her files

The extent of the alleged scrutiny has surprised even the Left Party. That said, the Left party have known themselves to be in the sights of the authorities for a long time. It is something that they have been able to determine on an annual basis by looking in the official reports of the agency, which is based in the western city of Cologne.

In the most recent to be published, 15 pages are dedicated to the party in the chapter on left-wing extremism. Among other things, it states that the Left party uses terms such as "pluralism" to summon forces "that pursue the objective of fundamental change in the existing state and social order."

The same wording can indeed be found in a 2011 platform statement by the Left party, in which the party commits itself to a strictly anti-capitalist course. Klaus Ernst, who since 2010 has shared the party chairmanship with Gesine Lötzsch, even described the program as "a declaration of war on the prevailing establishment and those who rule."

The idea that this type of rhetoric - or the existence of a "Communist platform" within the Left party - justifies surveillance activities against of the whole party and individual lawmakers is equally controversial among politicians and experts.

Hamburg law professor Matthias Klatt told Deutsche Welle that it first had to be clarified if "actual evidence" existed of efforts being made that were directed against the liberal, democratic constitution. If this were the case, he said, the party should be observed.

However, lawmakers should be spared from such observation due to their place in the constitution. Their task, among other things, is to control the executive arm of government, including secret service organizations such as the BfV. The parliament even has a Parliamentary Control Council (PKG), which regularly meets in secret. 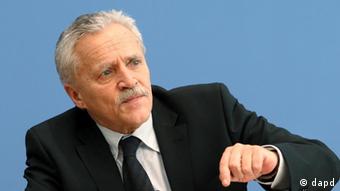 Heinz Fromm, head of the BfV, said the observation is only of public information

According to Klatt's view, there would be some scope for members of parliament to be observed - if active cooperation with extremist groups could be established.

It is important to determine the fundamental difference between observation and surveillance using secret service methods, such as the tapping of telephones. The president of the BfV, Heinz Fromm, regularly refers to the Left party being observed only on the basis of using information that is already publicly available. Websites and publications about debates taking place inside the party would be among these, as well as newspaper reports.

Fromm spoke about the current controversy on Monday at a symposium on extremism hosted by the BfV. There was, he said, nothing new in the fact that the party and some individual delegates were being observed. It was something that was known to those being observed said Fromm, without naming individuals.

From a political point of view, said Fromm, he could understand the problem. Indeed, the Left party enjoys support from other parties in its complaints. The Social Democrats (SPD), the Greens and ruling coalition junior member, the Free Democrats (FPD), have all criticized the way the BfV has behaved in relation to the Left.

Gysi has said that he was writing to German President Christian Wulff, Bundestag President Norbert Lammert and Chancellor Angela Merkel. In a newspaper interview, he described the practice of the BfV as "absurd." Speaking to the socialist publication "Neues Deutschland," he said that the president of the lower house, along with his deputies, would deal with the issue. However, he said, the decisive issue would be whether the PKG would concern itself with the matter.

The BfV and its regional counterparts in all 16 of Germany's states have enjoyed support from the government. Government spokesman Steffen Seibert referred to its statutory mandate. However, he said, one was conscious that this needed to be supervised regularly to ensure that "certain measures were proportionate or not." 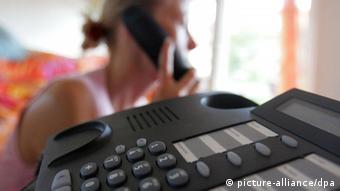 This notion has also been echoed by BfV chief Fromm. However, observation of the Left party has been on the rise recently. There were clues to this in the comparison of the size of the current chapter in the BfV's annually published report with those of previous years.

The most recent debate about the observation of the Left party comes at an inconvenient moment for the BfV. In November 2011 it was announced that state and federal secret services had apparently failed to uncover the activities of a far-right terror group that killed foreign small-business holders living in Germany.

'Blind in one eye'

As a result, the BfV is confronted with the accusation that it is blind in the right eye, biased against the left. "That was not and is not the case," Fromm said in response to the claims. As far as personnel and equipment were concerned, one report certainly does show the BfV dedicating more attention to the far-right NPD than to the Left. Some 10 BfV posts, at a cost of almost 600,000 euros ($780,000) were being dedicated to the NPD. As far the Left party was concerned, seven employees - at a cost of almost 400,000 euros - were deemed necessary.

Bundestag President Petra Pau now hopes there will soon be an end to the BfV observation. A lawsuit filed by her in 2008 is currently suspended and Pau is awaiting further developments. The Left party also suffered a setback in July 2010, when the Federal Administrative Court of Germany declared that the observation of the Thuringian state parliament member Bodo Ramelow was admissible. Ramelow's lawsuit had initially been successful.

The last word, however, is yet to be had. A complaint by Ramelow to the Federal Constitutional Court is to be heard, with the result expected later this year.

The leader of Germany's Left party, Gesine Loetzsch, has come under fire for an essay entitled "Paths to Communism." Her opponents are critical, but even members of her own party aren't happy about her comments. (07.01.2011)

A court ruling has upheld the surveillance of Germany's Left party by the country's domestic intelligence service. The verdict quotes concerns over unconstitutional tendencies in the far-left party. (21.07.2010)