Germany has been taken by storm by 'Goodbye, Lenin,' a film in which East Germany is humorously recreated from the ashes. It's broken all box office records as well as walls between eastern and western Germans. 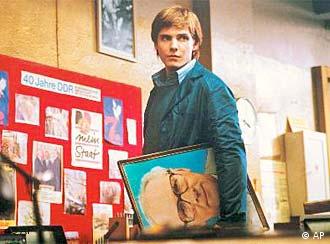 Alex (played by Daniel Brühl) tries to piece together the crumbling East Germany for his sick mother.

Nobody can quite explain the success of the film Goodbye, Lenin, which was first shown last month at the Berlin International Film Festival and has since risen to cult status among Germany's movie-going populations.

Least of all, director Wolfgang Becker. "Cult?" he said in a recent newspaper interview. "When one always writes that, then a few people believe it. OK, maybe it is cult, but that’s not the intention of the film."

The modesty of his statement, however, belies the incredible box office success of the film. In the last two weeks, 1.8 million Germans, both in the eastern and western parts of the country, have flocked to movie theaters to see it. It is the first German movie in history to enjoy such a successful start.

Some 539 copies of the film have been distributed over the country to ensure that people never have to stand before "sold-out" signs. In Berlin, tourists can also enjoy the film with English subtitles at the glitzy Potsdamer Platz.

Turning back the hands of time

Set in 1989 in the immediate aftermath of the fall of the Berlin Wall, the movie is essentially a humorous attempt to turn back the wheel of time to the momentous autumn of 1989.

Christiane Kerner (played by Katrin Sass), a single mother and untiring supporter of the communist regime, suffers a heart attack when she learns that her son Alex (played by Daniel Brühl) is arrested while participating in an anti-Communist demonstration. 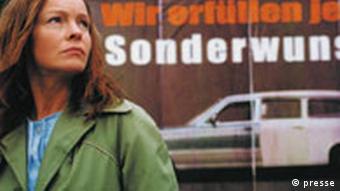 She falls into a coma and when she wakes up eight months later, the wall has come down, Coca-Cola signs cover the city, her children have replaced East German plywood with trendy Western designs, and her daughter has hooked a West German boyfriend. The mother's doctor, however, warns the family that the slightest excitement could prove fatal for the mother, let alone the excitement of the collapse of "her" social system.

What follows are son Alex’s clownish efforts to give his ailing mother the impression that her beloved East Germany is still intact and flourishing.

The weakened mother is made to rest in a hastily redecorated East German room, complete with pea green wallpaper and trademark old cabinets lining the wall. Alex even manages to get an aspiring filmmaker friend to shoot editions for the Aktuelle Kamera -- the news show in East Germany -- and then promptly plays it every evening for his mother, secretly on video.

The film, both funny and bittersweet, portrays life in East Germany down to the last detail, whether it’s human relations, furniture, fashion, private or public rhetoric.

The deeply moving story, in turn hysterically funny and in turn pathetic, has touched a nerve in Germany. The film has been hailed by critics as having "united the easterners and westerners in laughter", a " cathartic release" from the past and a "boost to East German Ostalgie" -- East German nostalgia for the past.

The overwhelming reaction to the film has also reinforced the West Germans’ enduring love-affair with communist kitsch, socialist chic, prefabricated apartment blocks and all things East German that are considered "cool" and "hip" today.

But director Becker is clear that the aim of his film was not to make it appeal to the masses by being "cool."

"The people have rediscovered East German clothes like NVA (the East German army) track suits, they find East German design chic. It has to do with recurring trends, with the retro-look. But we didn’t want to serve any trend. I was only interested in the perspective of the young man, " he said in a recent interview.

But whether Becker likes it or not, a whole merchandising industry has already sprung up around Goodbye, Lenin, feeding on the cult of the former East Germany. For €250 ($276), one can rent "Germany’s most famous living room" -- the prefabricated apartment where the Kerner family lives in the film. The location has been billed as "the perfect place for a Ostalgie party," by a local tabloid.

Renting the uniform of a East German police officer costs a € 55 a week. One can also bid for an original Goodbye, Lenin coffee set at eBay on the Internet, buy Goodbye, Lenin T-shirts or mugs or discuss the film with others in a special on-line forum.

Certain movie theaters halls have even been asking viewers to bring along their East German souvenirs. A theaterl in the dreary eastern Berlin suburb of Hellersdorf now sports old East German newspapers, confirmation certificates and faded East German scout T-shirts. Visitors could also pay for their tickets in the now defunct East German Deutschmarks in the first week that the film opened.

Becker has no personal baggage to carry

The 48-year-old Becker, who comes from the West German region of Westphalia, had no personal connections to East Germany. His impressions were limited to visits every once in a while out of sheer curiosity.

That distance, he believes, is part of what made the film a success.

"I don’t have any Ostalgie. The whole thing wasn’t too strange to me. We haven’t made a film about some distant lost culture. East Germany after all has to do with German mentality. There wasn’t some different species that grew up there, " he told the newspaper Berliner Zeitung. 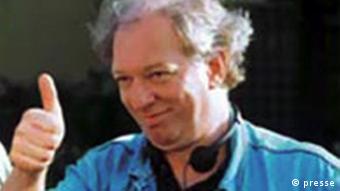 Becker, who has made four feature films and a TV documentary to date, spent years researching Goodbye, Lenin. His research included observing East Germans, talking to them and watching countless videos. "That’s when I understood that the typical East German life story doesn’t exist, not this one pattern. Some found their country a prison, you could still feel how strong the hate was. Others simply lived in there. I wanted to get a feeling for the country," Becker told the paper.

Becker still hasn’t come to terms with the overwhelming success of his film. "I have happy moments. But sometimes I think, everything is a big mistake. That somebody has miscalculated and written the spectator numbers in two digits, like with euro and deutschmarks."