Globalization fears are the main drivers behind more and more Europeans leaning towards populist and right-wing parties. At least this is what the Bertelsmann Foundation concluded in a recent poll among EU citizens. 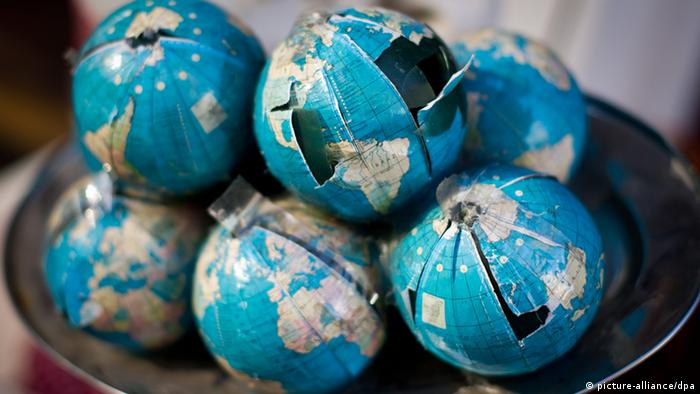 Fear of globalization is the most decisive factor in pushing Europeans toward populist and right-wing parties, Germany's Bertelsmann Foundation says in a survey based on a poll among close to 15,000 EU residents.

The study released Wednesday showed that related fears were most pronounced in Austria where 55 percent of respondents viewed globalization as a threat. France is a close second, with 54 percent of those polled expressing the same view.

While France and Austria are the only two EU nations where a majority of people voiced that opinion, the lowest rate was recorded in the UK, but even there it stands at an alarmingly high 36 percent.

No ignoring the trend

The results of the survey could deepen concerns among mainstream parties ahead of a presidential run-off vote in Austria on Sunday which could make Freedom Party candidate Norbert Hofer the first far-right head of state in Western Europe since World War II.

In France, far-right National Front leader Marine Le Pen is expected to do well in the 20117 presidential election.

"The established parties need to incorporate globalization fears into their work," Bertelsmann Foundation Chairman Aart de Geus said in a statement, adding that a growing number of Europeans felt they had been left behind.

Across the 28-nation EU, 45 percent of respondents said they viewed globalization as a menace rather than an opportunity. The study made a point of emphasizing that the lower people's education levels and the older they were, the higher the likelihood of them rejecting globalization, that is the process by which people, companies and countries around the world had become more interconnected through trade, investment and advances in technology.