Food hasn't been this cheap for nearly five years, a new report from the United Nations' food agency has shown. Interest in biofuels is also fading, causing cereals harvests to go down as farmers shift to other crops. 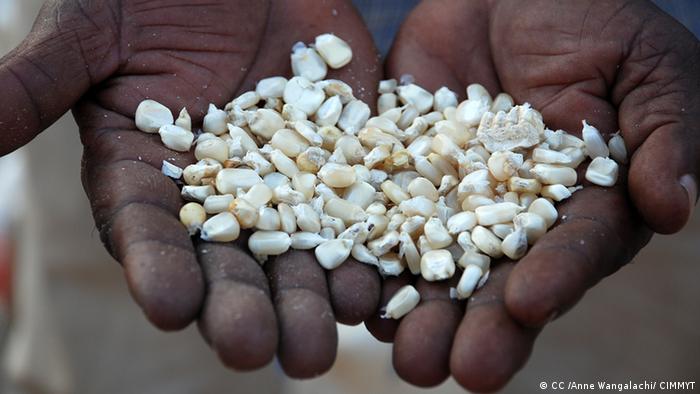 The drop in global food prices was enshrined in an important index maintained by the UN's Food and Agriculture Office (FAO), which tracks the cost of cereals, meat, dairy, oilseeds and sugar on international markets.

The FAO said farmers were expected to harvest fewer cereals this year, but it added that any reduction would likely be offset by surpluses left over from years of abundant harvests and stockpiling. That means the availability of food would not be affected.

"The amount of food per person is not declining," an FAO spokesman said. "At the end of the day, food per capita is holding up reasonably well despite the nick-down."

Last year, cereal output hit record levels due to favorable weather. This year, barring any exceptional weather, the FAO expects 2.509 billion metric tons of cereals to be produced around the world.

A big part of the overall decline in cereals production reflects less demand for corn in the US, where the cash crop is commonly harvested for ethanol fuel.

"It suggests the end of a fairly long-term trend," the spokesman said.

Soybean harvests are forecast to rise this season but that could change as early as next year as demand from the biofuels sector wanes.

One of the main drivers behind the overall food price decline was a month-on-month drop in the cost of dairy products, which the FAO attributed to the European Union's decision to lift its milk production quotas. The abolition of those quotas would likely buoy imports from Africa, it said.

India, the EU and Australia are expected to produce more sugar than can be consumed this year. The last four years have also seen surpluses.