Ghana's highest court has rejected a challenge to President John Mahama's victory in last year’s election. The verdict brings to an end months of political wrangling and uncertainty in the West African nation. 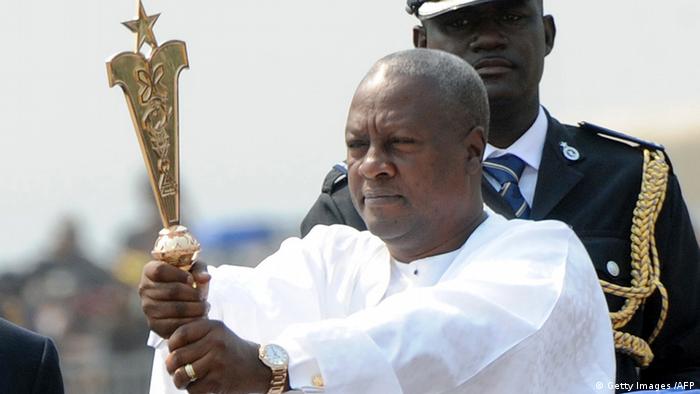 "The first respondent (John Dramani Mahama) was validly elected and the petition is therefore dismissed," presiding Judge William Atuguba ruled on Thursday (29.08.2013). The nine-member panel ruling dismissed Ghana's opposition's challenge which had alleged voter fraud in one of Africa's most stable democracies. 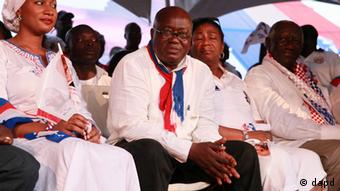 But the opposition claimed the vote had been rigged.They alleged that election figures were inflated and in some cases there had been ballot stuffing. Some of the judges agreed with certain NPP allegations but unanimously endorsed Mahama's win.

Reacting to the ruling, President Mahama issued a statement on his Twitter account saying, "the Supreme Court has spoken and validated our December 2012 victory.” He also added that this was "Ghana's victory".

Opposition leader Nana Akufo-Addo was quick to concede defeat. He told reporters he would not challenge the court's ruling. "Whilst I do not agree with the court's decision, I accept it," Akufo-Addo told journalists. He said he had spoken to President Mahama and congratulated him.

Both parties had given assurances that they would accept the court's ruling. There had been a massive campaign from politicians and religious leaders urging restraint ahead of the court's decision.

After the verdict was announced, opposition supporters quickly left, while the president's loyalists burst into celebrations. 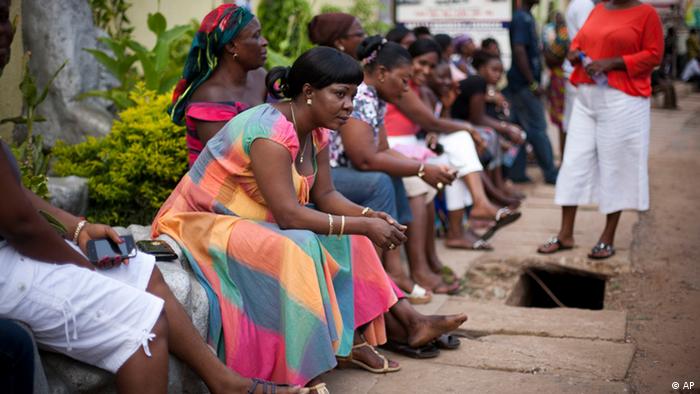 Many Ghanaians were worried about the outcome of the petition

Akofo Ampaw, a lawyer who represented the opposition, told DW in an interview he was unhappy with the decision. “In terms of the specifics, we will need to study the written addresses and also the summary that the president of the panel delivered.”

Nana Ato Dadzie, a member of the president's legal team said the verdict had validated the presidency. "We are so happy, we think that our electoral system has come to show that it is of strength," the lawyer noted.

The proceedings were closely followed live on radio and television. The country's security agencies deployed 30,000 police officers around the country, as helicopters hovered above sealed streets that led to the Supreme Court. Businesses remained closed in the capital Accra, as most people chose to remain at home.

The ruling should bring relief to one of Africa's fastest growing markets. 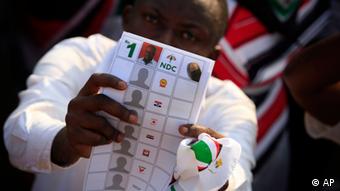 Election observers said the 2012 vote was free and fair

Ghana has built a reputation as a stable democracy in the politically unstable western part of Africa. One resident of Accra told DW correspondent Isaac Kaledzi, he was grateful peace had prevailed. "There is no problem, no fighting. Everything is peaceful so we are happy."

However, political analyst Kwame Jantuah says urgent electoral reforms are needed to make future elections better. "I hope the NDC is not going to feel that they have won these elections and so all is well. This is the time to work hard." Legal experts had predicted the court would dismiss the opposition case, saying it had failed to provide concrete evidence of election fraud.

Tension is rising in Ghana in the run-up to a Supreme Court ruling on an opposition petition challenging last December's presidential election results. The opposition say results were manipulated. (23.08.2013)

Ghana's highest court is now hearing a challenge to the outcome of last year's elections. Proceedings are expected to last months and could be a test of patience in one of Africa's more stable democracies. (16.04.2013)

Ghana’s President John Dramani Mahama has assured his countrymen and women of steady economic growth. The comments made in his maiden state of the nation address were meant to calm citizens facing high inflation. (22.02.2013)