Ghana's interim president, John Dramani Mahama, has been tipped as a possible presidential candidate for the December elections. But who is this author, politician and communications expert? 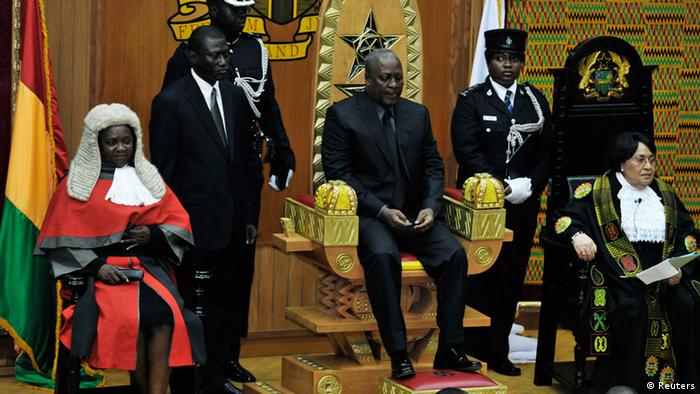 He was once a journalist, he was once a humanitarian worker. John Mahama, born in Damango in northern Ghana in 1958, is now the West African country's interim president.

He studied for a bachelor's degree in history and a postgraduate qualification in communication at the University of Ghana. At the age of 28, he travelled to what was then the Soviet Union to pursue further postgraduate studies at the Institute for Social Sciences in Moscow. On his return, John Mahama took up a job as Information and Research Officer at the Embassy of Japan in the Ghanaian capital Accra.

Politics was in the family. His father, Emmanuel Adama Mahama, was a junior minister under Kwame Nkrumah, Ghana's founding father, who declared the country a republic after independence from Britain in 1960.

John Mahama began his political career as a representative for the Boli/Bamboi constituency after he had spent several years working for the humanitarian organization Plan International. In 1997, under President Jerry Rawlings, Mahama was appointed deputy minister of communication and a year later was promoted to minister.

His party, the National Democratic Congress (NDC) lost the 2000 elections, but Mahama was returned to parliament to represent his constituency for two terms until 2008. He subsequently worked in various commissions and helped found various development projects. As a running mate to the late John Atta Mills in the 2008 elections, he campaigned alongside the late president and eventually became vice-president of Ghana. 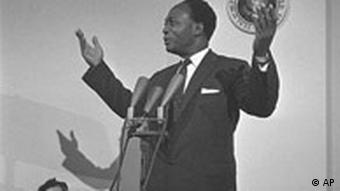 John Mahama is a respected, successful public figure in Ghana and elsewhere in Africa. He served as a member of the National Economic Management Team, he was a founder member of the Ghana AIDS Commission, sat on the implementation committee of the 2000 National Population Census and was a deputy chairman of the Publicity Committee for the re-introduction of Value Added Tax.

Continuing to expand his interest and involvement in international affairs, in 2003 Mahama became a member of the Pan-African Parliament, serving as the chairperson of the West African Caucus.

Mahama is also the author of a book called "My First Coup d'Etat – And Other True Stories from the Lost Decades of Africa." It describes his experiences at a British-style boarding school in Accra. He also recalls the day Nkrumah was ousted in 1966. His father was among those detained by the coup leaders but was later released. .

John Atta Mills died suddenly on Tuesday, hours after being rushed to a military hospital. His vice president, John Dramani Mahama, has been sworn in as president for the remaining five months of his term. (25.07.2012)

Ghanaian President John Atta Mills has died unexpectedly. His deputy is to take over as the West African country's leader. (24.07.2012)

Ghana in transition after president's death

John Atta Mills, president of Ghana, has died at the age of 68. The country he leaves behind him is a model African democracy, whose future now appears less certain. (25.07.2012)