Ghana’s media in race to keep up with the times

Ghana’s media landscape is shaping up for the future. Though digitalization presents an existential threat to publishing houses, increased audience interaction is opening up a new chapter in digital participation. 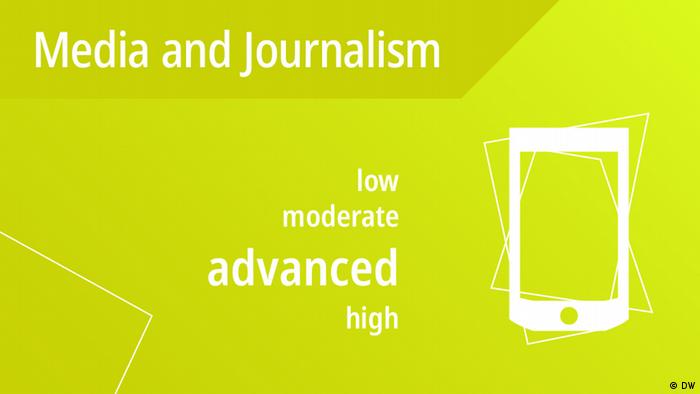 The overall level of of digital participation for media and journalism: Advanced

The first thing to hit you as you enter the offices at Joy.fm is the sense of purpose. The reception area at the Accra radio station is a hive of activity. Reporters, photographers, and camera operators are constantly coming and going. The door barely has time to shut. Since the Internet arrived, the pace of their work, which has always been driven by current events, has sped up yet again. The Internet has become the ultimate news accelerator. "We have this culture of 'I was first to break the story'," says Tommy Annon-Forson, program director, RABODEF Radio Academy. 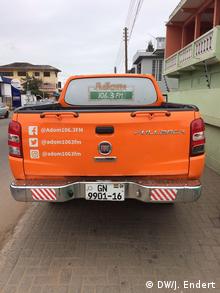 Advertisement for Adom FM on the streets of Accra

But for every professional, there is an upstart: the bloggers, social media entrepreneurs (see article) and ordinary users, who have a more casual attitude toward fact checking. Often they prefer not to wait until a story has been verified before sharing it via Twitter, Facebook or, as is increasingly the case, WhatsApp. Such practices are turning the industry on its head. "Social media is dictating the kind of information that people should consume," explains Kent Mensah, journalist from Accra. In the past, newspapers editors determined what was discussed on the radio – Ghana’s most popular medium until now. Today, journalists follow whatever is trending on the Internet. "We see a lot of websites popping up in the name of providing news. It is good for the public in a way, because they have a variety of avenues to consume news, but at the end of the day, credibility is at stake," says Mensah.

In this environment, traditional media organizations such as Joy.fm are under enormous pressure to adapt. "In the beginning it was very rough. We did not know how to adapt to a system that the traditional media people were very skeptical about," says Raymond Acquah, program coordinator at MyJoyOnline. Now they have grasped the importance of the Internet, investing in training and equipment, and building a social media team with 15 people. "You need to understand what is relevant for your next generation to work on," says Acquah.

According to Acquah, media producers are facing the economic headwinds brought on by competition with bloggers for advertising revenue. Legacy media houses have to fight for the same digital ad space on the Internet, but with higher production costs and values. Journalists in Ghana feel the pressure to adapt in three main ways: competition from new online news providers, an expectation to learn digital skills quickly, and a financial hit. That’s because the digital transformation is eating away at salaries. The latter, in particular, accounts for the culture of brown envelope journalism, known locally as "soli." In a research study carried out by DW Akademie, most of the journalists interviewed saw no problem with accepting soli (DW Akademie 2018). Some 66% viewed it as a token of appreciation for the work they do, while just 14% understood the offer of money from a stakeholder as a form of bribery intended to influence their reporting.

But it’s not just Joy.fm that has had some digital catching-up to do. Bloggers such as Ameyaw Debrah from Accra, who boast huge followings on social media, and start-ups such as OMG digital or pulse.fm are seeking to gain an advantage from digitalization. Free from the constraints of the analog era, they can tailor their programs to the wishes of young media consumers, maintain a presence on all social media platforms, and develop suitable business models. Despite the stubbornly high costs for data usage, video consumption is particularly popular among young people, explains Ibukun Onitiju, director of Digital for Ringier Africa Digital Publishing and product lead at pulse.fm. He also sees great potential in the interaction with users. "Ghana is emotionally driven. The comment section becomes a different content hub on its own," he says. Despite all the adaptation difficulties, Onitiju says Ghana’s media market is now entering the next phase. "The question for me is: Is everything else catching up with the speed with which digital is taking over?" 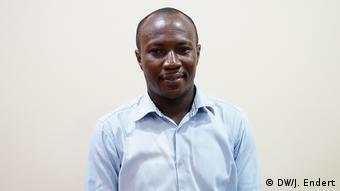 Kent Mensah, journalist from Accra, describes the way digital media is shaping the agenda: “Five or 10 years back we used to have the traditional media which was so powerful – especially the newspapers – dictating what should be discussed in the radio discussion programs and TV. But now with the advent of the Internet, online space is driving the agenda.” Ibukun Onitiju, director of Digital for Ringier Africa Digital Publishing and pulse.fm. product lead, explains what will be important in the future: “In terms of three to five years, we will see more competition for audiences, who have to really determine where they want to get their news from. We are going to see more niche media platforms. As a media house, you need to learn from what the audience is telling you.” 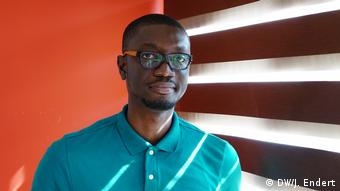 Ameyaw Debrah, blogger and social media entrepreneur, sees fake news as a problem that needs to be tackled: “Fake news is very much a problem in Ghana. The challenge is that I don’t want it to get to a point where people no longer believe what they’re reading or seeing online. People are already tending to describe news in the digital space as fake, and are reluctant to engage with it. If that continues, it is going to affect all of us.”

— The quality of journalism needs to improve; journalists should adhere to quality standards
The quality of media coverage in Ghana is often perceived by users as poor. "Only a very small number of media outlets provide good news coverage. A third of the media are owned by the state or by businessmen linked to the government," says the Media Ownership Monitor of Reporters Without Borders (Reporters Without Borders 2017). Qualifications and quality improvement are the top priorities in Ghana. "I believe at the end of the day what keeps a media house going is credibility. It is about building trust, and being a source where people can come to validate the news," says Kent Mensah, journalist from Accra.

— Media houses and journalists should pursue constructive journalism
Students at the Ghana Institute of Journalism (GIJ) see their future role in the checking and contextualization of content on social media platforms. In a group discussion, they expressed difficulty understanding journalists who confined themselves to simply picking up and passing on news and rumors from the Internet. Instead, journalists should proactively report on people's concerns, in the sense of constructive journalism.

— Media houses and journalists should interact with users
For Kingsley Obeng-Kyereh, executive coordinator of Curious Minds, interaction with users is an opportunity that should also be seized by traditional media – such as radio stations: "The Internet gives young people a voice," says Obeng-Kyereh. "And it is a strong voice that cannot be easily dismissed. They are so excited to be heard, giving their input on what affects them directly."

— Rural radio stations should take advantage of digitalization
Digitalization is still largely restricted to the conurbations around Accra and Kumasi. As such, many of the topics picked up by the media originate there, while the concerns of the population in rural regions are often ignored. "The rural-urban divide in terms of access to digital media is so big," says Obeng-Kyereh. His hope is for rural voices to become louder and more influential in the future. Radio stations, in particular, should strive to interact with their listeners via digital channels.