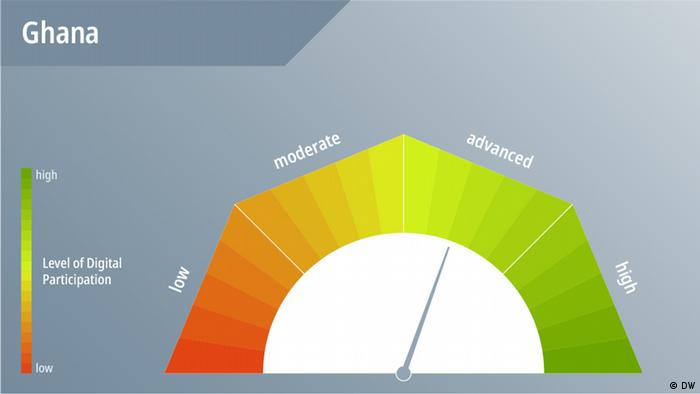 Alongside the challenges of digitization there are many opportunities. Experts interviewed by the #speakup barometer are sure: If the right policies are enacted, the prospects for stronger digital participation in Ghana are promising.

Ghana’s young population is emerging as the driving force of digitalization. On average, children in Ghana start using the Internet at 12 years of age. Seven out of 10 children feel the Internet has lots of positives to offer them. They are part of a generation demanding equal opportunities and full access to participate digitally. The government also appears eager to play a role. “As part of Ghana’s Digital Agenda, the government is committed to achieving an all-inclusive society and recognizes ICT as a powerful catalyst for political and social empowerment,” Communications Minister Ursual Owusu-Ekuful writes in a UNESCO study on children’s Internet use in Ghana.

Ghana has the right conditions to realize more digital participation 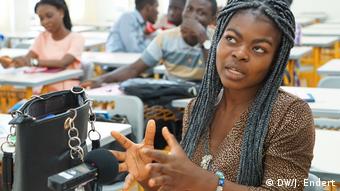 Students at the Ghana Institute of Journalism (GIJ)

The results of the #speakup barometer show  the country has some of the right conditions to realize this ambition: a stable political environment for the economy, constitutional protections for the press, and an environment where media and journalists are largely unfettered. In most metropolitan areas, the expansion of fast Internet is underway and offers – albeit partially – fertile soil for startups and digital innovation to grow. A lively scene of digital companies has flourished in the capital, Accra.

Across Ghana, though, users and companies struggle with the prohibitively high costs for using the Internet. The situation is particularly bad in remote towns and villages. This means the opportunities for digital participation are largely limited to urban areas. Lack of access and expensive Internet are, therefore, the biggest obstacles to more digital participation in Ghana. The country’s leading digital experts have long called for the rapid development of fast and affordable Internet in rural areas.

But the roll-out of the infrastructure alone is no guarantee of success. The experts surveyed by the #speakup barometer agree that information and education, focused on the risks and opportunities associated with Internet use, must also be provided. Media and information literacy is fundamental to fostering responsible use of the Internet – a particularly important topic for Ghana, since some negative effects of digital media have come to light. Misinformation, hate speech, and cybercrime endanger social cohesion and promote radicalization. Particularly vulnerable groups such as women are limited in their opportunities to get involved online. 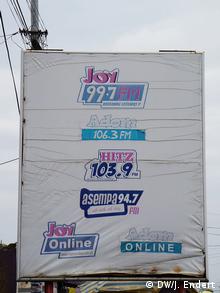 Meanwhile, the country's media houses are busily changing their organizational structures and business models, in an effort to keep pace with digitalization. They have primarily invested in the expansion of their social media channels and are thus ensuring more digital participation. At the same time, they face stiff competition from the Internet. With their blogs and online media channels, social media entrepreneurs are competing against traditional outlets for advertising revenues.

More broadly, the journalism industry has come in for criticism. Falling quality standards, a culture of bribery, and the scourge of misinformation (particularly online), have led to growing calls for government intervention. The suggested remedies range from formalized training requirements to tighter regulations. This should serve as a warning to the country’s journalists to be more vigilant. Failure to take their responsibilities seriously may well jeopardize their freedoms. Complacency is tarnishing the reputation of journalists, with many citizens having already lost confidence in the country's media.

Nevertheless, the foundations for the digital transformation are in place. The government and business leaders hope Ghana will be the blueprint for going digital. The decision of large Internet companies such as Google and IBM to establish research departments in Ghana is a vote of confidence in the country’s future.