Despite a marked slowdown in the global economy, Germany is enjoying an unprecedented jobs boom with employment figures hitting ever new highs. But for many the miracle comes at a price, a study says. 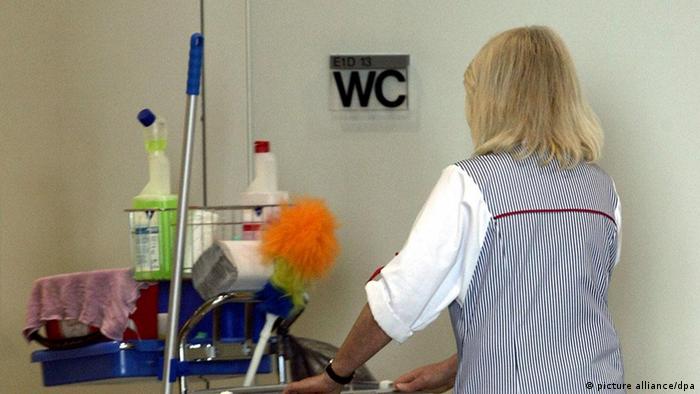 During a period of 15 years, the ranks of Germany's 'working poor" soared by 2.3 million people, reaching some 8 million in 2010 - or 23 percent of the country's entire working population, a survey conducted by Duisburg-Essen university showed.

Germany's "Süddeutsche Zeitung" newspaper quoted from it in its Wednesday edition, writing that these people were forced to live on average wages as low as 6.68 euros ($8.72) per working hour in western Germany and 6.52 euros ($8.51) in the economically less developed eastern half of the country.

In broken-down figures, 4.1 million employees received "less" than seven euros, while 2.5 million got less than six euros, the study found. Around 1.4 million people didn't even earn five euros an hour.

Half of all low-wage earners had "full-time jobs," the survey found.

"Groups with a high proportion of low-wage earners include people under 25 years of age, part-time employees, as well as unskilled workers and immigrants," it added.

The survey is based on census data sampled from 12,000 German households between 1995 and 2010. It shows a marked 68 percent increase of the low-wage sector in western Germany, while it grew only 3 percent in the east where wages are generally much lower.

The sector reached its biggest expansion in 2007, with 24.2 percent of all people in work earning less than 9.15 euros per hour – the official low-wage ceiling.

The researchers also calculated that two out of ten employees would receive a higher salary if a Trade Union demand for a national minimum wage of 8.50 euros were to materialize.

However, the centre-right government doesn't want to fix a precise amount, arguing it is for the employers and unions to agree on a minimum wage in sectors that do not have such a pay floor yet.