German telecommunications giant T-Mobile is geared to expand its presence on the US market. It won the most licenses in an FCC auction of advanced wireless services. 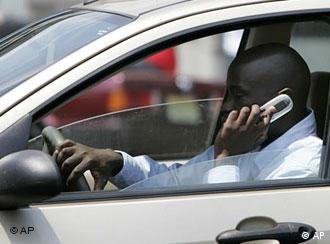 T-Mobile bid some $4.2 billion (3.3 billion euros) for 120 licenses, according to the Federal Communications Commission (FCC). These include regional rights for large parts of the United States, as well as individual licenses for major cities, such as New York and Chicago.

Thomas Friedrich, an analyst with HVB bank, said the amount bid was in line with expectations.

"We think that it is positive for Deutsche Telekom that the auction has ended," Friedrich said in a research note quoted by Reuters news agency. "The end of the auction, in our view, reduced uncertainty about the cash flow of the German incumbent."

T-Mobile wants to move up from fourth place 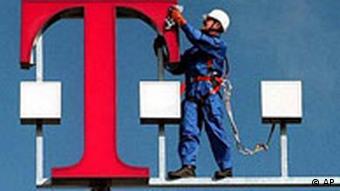 Deutsche Telekom wants to shine on the US market

The AWS licenses can be used to provide a wide range of wireless services and technologies, including voice, data, video and other wireless broadband services offered over third generation (3G) mobile networks.

T-Mobile can now significantly expand its business in the United States. Currently, the Deutsche Telekom subsidiary is number four on the US market.

Like the largest provider, Cingular Wireless, T-Mobile uses the European-developed GSM standard. It is being upgraded to 3G network technology.

T-Mobile and Deutsche Telekom declined to comment on the move.

Under FCC rules of the auction, bidders are not allowed to make public statements before the end of a so-called quiet period of fixed duration. It is expected to last approximately two weeks.

Deutsche Telekom has been rocked by recent financial results and the loss of a million fixed-line customers. The company faces a tough fight in the highly competitve sector -- but it's a fight Telekom is prepared for. (Aug. 19, 2006)

Deutsche Telekom, Europe's biggest telecommunications group, has dramatically lost net income and customers to competitors in Germany. Foreign business, however, is up. (Aug. 11, 2006)

German Regulators to Set Prices for Calls to Mobiles

The German telecommunications regulating authority said that it plans to cut the cost of calls from fixed-line phones to cell phones after mobile operators failed to agree among themselves on price cuts. (June 26, 2006)

AT&T announced it would suspend turning on new cell towers near runways at some airports. Verizon said it would launch its new network but that "we have voluntarily decided to limit our 5G network around airports."