Xavier Naidoo will compete for Germany at next year's Eurovision. At home, he's long been a star. But not everyone holds him in as high regard as Germany's public broadcaster, which has chosen him for the contest. 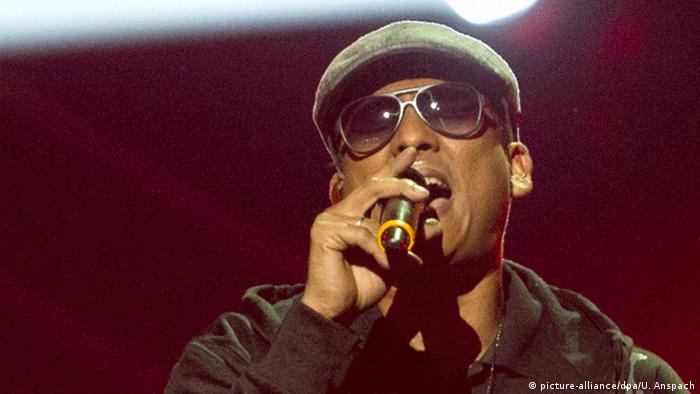 "Better to play it safe with what you've got," is what officials at Germany's public broadcasting network ARD were probably thinking when they rejected the TV casting show concept of recent years. In the previous approach, various artists vied for the honor to represent the country at the Eurovision Song Contest (ESC), winners chosen by televoting. But after poor showings in recent years, a well known German pop act was chosen this time. Xavier Naidoo, soul singer from Mannheim, seems the perfect fit: 20 years of stage experience, appearances at every major festival and millions of albums sold since 1998.

Breakthrough as a sidekick

Born in 1971, the son of a mother from South Africa and a father of Indian ancestry, Naidoo began singing in school and church choirs as a child. At the age of 20, he traveled to the US and learned the music business. But not as he'd imagined. Disappointed, he returned to Germany.

In Mannheim, hip hop producer Moses Pelham and rapper Sabrina Setlur, aka "Schwester S.," occupied a music scene that Naidoo could ease into, becoming background singer with the "Rödelheim Hartreim-Projekt." He didn't stay in the background for long: Pelham took him up front and made him a solo star. His first single "Frei sein" (To Be Free) was still credited as "Sabrina Setlur introducing Xavier Naidoo". But it also brought Naidoo's breakthrough in 1997. 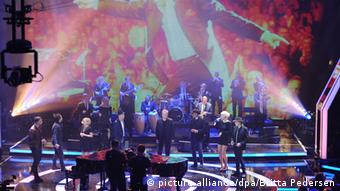 By the time Echo 2015 came around, Naidoo had already taken home six Echos

His first album "Nicht von dieser Welt" (Not of This World) was published not long afterward, reached No. 1 in the German album charts and remained in the Top 100 for nearly two years. Naidoo was showered with music awards, from multiple Echos to the MTV Europe Music Award. In 2006, his song "Dieser Weg" (This Way), written for the German national soccer team, was the soundtrack to that year's World Cup.

His qualities as a singer are undisputed. But opinions over his texts differ. Some sound very religious, with references to the light, the chalice, the cloth, to love and life, faith and power. He insists on his name being pronounced like "savior" in English, the association created - whether intentional or not - is that of a living musical Messiah. The media go along with it, with weekly magazine "Stern" calling him a "romantic idealist" and leading news publication "Der Spiegel" dubbing him "Jesus of the hit lists."

It's not his songs, but some of Naidoo's statements that are of greater dispute. Statements like "Germany is not a sovereign state but is still occupied by allies from World War II" appeal to the self-styled "Reichsbürger," who deny the existence of the Federal Republic of Germany and only accept the legal authority of the German Empire. These and other right-wing associations celebrate the soul singer and use him for their propaganda. Populists and anti-Semites rejoiced over his song "Raus aus dem Reichstag" (Get Out of the Reichstag). Sample lyrics:

"Like the boys of the no-heart bank who gamble away our dough,
You've been very, very bad, stand there and piss on your socks.
Baron Totschild sets the tone, and he craps on you chickens.
That schmuck is a fox, and you're just idiots."

One of Naidoo's baffling theories is that the terrorist attacks of September 11, 2001 didn't actually take place as officially depicted. Nor are German politicians spared criticism. In 2011, he filed a court suit against the president and high-ranking government officials - for treason, declaring that they were partly to blame for the international financial crisis of 2008. The suit was rejected.

The intent of these claims and theories, he said, was to "criticize the system" - but few believe that. Naidoo's critics maintain that he spreads "obscure nonsense and crude conspiracy theories," stirring in anti-Semitism and anti-Americanism to create a "dark soup." One columnist simply dismissed him as "a lunatic." 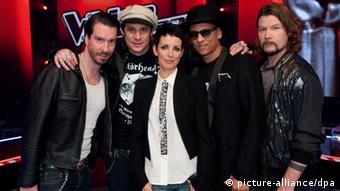 With his solo ballads, Xavier Naidoo continues to act as the savior of German soul music. Meanwhile, the collective musicians of his band "Die Söhne Mannheims" work with World Vision and Amnesty International, claiming to make a statement for "freedom, love and justice."

Xavier Naidoo hit the bull's-eye in 2012 with his next side project, "Xavas." But in tandem with rapper Kool Savas, he issued words on a hidden track on the album "Gespaltene Persönlichkeit" (Split Personality) that were hard to stomach - words that provoked the ire of the German Association of Lesbians and Gays. The track describes Satanic rituals and sexual abuse of children - practices that Naidoo was accused of equating with homosexuality.

These views have yielded him anti-prizes, including last year's "Golden Board" for his "right-wing conspiracy propaganda" and this year's "Golden Aluminum Hat" - a dubious distinction awarded for propagators of particularly weird theories.

Germany's savior at the ESC?

Now the controversial singer is to represent Germany at the Eurovision Song Contest in Stockholm. The artist himself is gratified at his nomination and at the symbolic message of German public broadcasting, demonstrating to the world once again that Germany is a land of many cultures. Stressing that he wants to sing better and more beautifully than ever before in his life, he said, "And of course, I'm in it to take the trophy home." 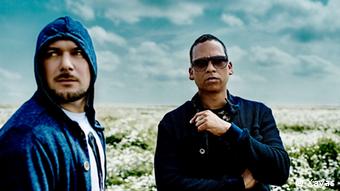 But even if choosing Naidoo for the ESC is now a done deed, the national TV audience at least has the opportunity to pick the song he will sing in Stockholm. Several composers will be commissioned to write a piece for the singer, and the decision will fall in January.

Reactions online show a lively interest in the subject, with hashtag #ESC2016 heading the German Twitter Trends on Thursday (18.11.). Many tweets are very critical of the decision though. This one reads: "Germany is outdoing itself. NDR and Das Erste [eds.: German public broadcasters] are sending a homophobic Reichbürger to #esc2016"

This next tweet is an example of the many heavily ironic comments in the German Twittersphere. Poking fun at Naidoo's statements about Germany not being a sovereign state, it reads: "Xavier Naidoo is representing the Federal Republic of Germany? Doesn't he know that is doesn't exist?"

A petition has also been published online with which users hope to prevent Xavier Naidoo's performance. A large number of users also complain that not the public, but the media have decided on who is to represent Germany at the ESC. Many do not want to see a singer with views like his at an international competition.

Xavier Naidoo is chosen to sing for Germany at the ESC

Germany's battle of the bands: Which state has the best music?

The German music scene is increasingly singing "auf Deutsch" - now even internationally famed rockers Donots. They're among 16 German bands competing on a popular TV show for a national title. (31.08.2015)

Opinion: Art and democracy? It's possible!

A crowd-pleaser? Or unconventional? The Eurovision Song Contest always struggles with this contradiction, and sometimes succeeds - as it did this year - in fulfilling both, writes DW music editor Rick Fulker from Vienna. (24.05.2015)