Germany's male wine queen steps down from the throne

Sven Finke-Bieger became a beloved male wine queen in Germany in 2016, when officials couldn't find a woman to take the crown. On Friday he stepped down after a two-year-term on the throne. 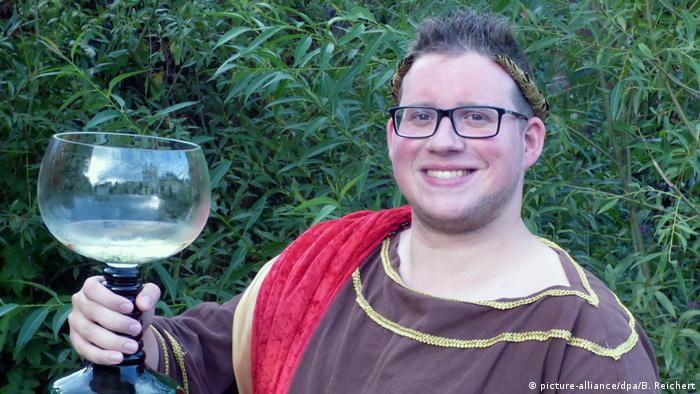 Germany's wine king has stepped down from the throne on Friday, after a two-year-term in which he ruled over the wine region of Mosel in Rhineland-Palatinate.

Sven Finke-Bieger, a  26-year-old law student from the town of Kesten, was plucked from the masses to ascend the throne in 2016, after officials in the region along the River Mosel were unable to find a woman to serve in what is traditionally the role of queen.

In a 2016 interview with Der Spiegel, Finke-Bieger, explained that he was to be, "so to speak, a male wine king." During his service he also bore the title of wine god of the region, owing to his costuming as Bacchus, Roman god of wine.

An agreement struck last year between the regions and German Wine Institute, means that Finke-Bieger will be the last regional wine king for the forseeable future.

Duties of a royal

Though he wasn't the archetypical wine queen, Finke-Bieger didn't face any problems fitting in amongst his female colleagues, he told news service Südwestrundfunk.

His duties included many public appearances, interviews and speeches to promote the wine of the Mosel region.

The wine queen tradition can be traced back to the 1930's when the young daughters of vineyard owners would represent their towns or regions during annual wine festivals, according to the German Wine institute, the industry's marketing organization. The annual election of 13 regional candidates began in 1949.

A tradition in transition?

In early years, the competition resembled that of a pageant, with young women expected to epitomize beauty, tradition, and etiquette, all of course whilst wearing a dirndl.

More antiquated requirements have been scrapped or relaxed over time, and with the elections of Claudia Schmidt, a transsexual woman, and Ninorta Bahno, a former Syrian refugee, in recent years, the image of the German wine queen has become somewhat more modernized. 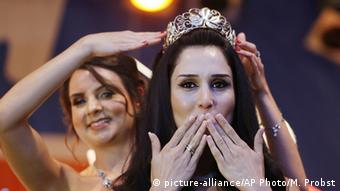 Ninorta Bahno, a former Syrian refugee, was crowned wine queen of Trier in 2016.

Though there have been wine kings in the past, the role is "still an exception”, Ernst Büscher, a spokesman for the German Wine Institute said.

"There is an agreement between the 13 wine growing regions, that for the regional reign, they just take young women," he said.

However, on the village tier of vineyard royalty, where there are over 1000 representatives across Germany, wine kings can still be selected.

"I'm a little bit sad that the two years have gone so quickly, but on the other hand, a bit glad that I can now relax,” Mr Finke-Bieger told SRW before he stepped down.

Now that autumn is on its way in Germany, it’s grape-picking time. Germany primarily produces white wines, with Riesling the most famous. (06.10.2014)

How a German wine queen keeps her feet on the ground

Janina believes there is more to being Germany's 66th wine queen than just wearing a crown and looking pretty. The latest holder of the title shows what she is capable of. (20.09.2015)