Germany's modern security system was founded to prevent the crimes of the Nazi era from ever occurring again. The current system is divided between constitutional protection, criminal police and the regular police. 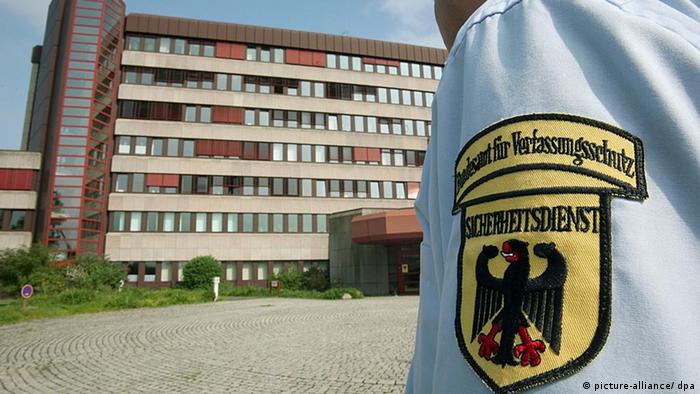 During the Nazi era, the secret police or Gestapo was granted broad intelligence and security authority. It became something of a state within a state, with citizens left at its mercy. Those who rebuilt Germany after World War II aimed to distinguish Germany's security agencies from this dark past.

A clear separation of powers, including checks and balances, are built into the security system with this intent. Constitutional protection, criminal police and "regular" police form three separate branches of German security and intelligence-gathering.

The Office for the Protection of the Constitution, founded in 1950, has a very strict mandate: to collect intelligence. Workers are to gather and evaluate "information, news and other documents" that go against Germany's democratic foundations.

This means activities that threaten national or state security, or the "foreign interests" of the country. The office's standard practice is to observe groups or individuals over an extended period of time. Some examples of groups under watch in Germany include the far-right National Democratic Party or NPD, the Turkish-Islamist organization ICCB and the Church of Scientology.

In contrast to police and the federal prosecutor, the constitutional protection office may investigate when criminal suspicion is lacking. However, it's dependent on the police for any further steps, such as taking people into custody or interrogations. And since domestic security is also a regional matter, the federal office coordinates 16 independent state offices. 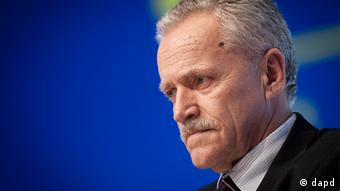 The Office for the Protection of the Constitution gets the large part of its information from publicly accessible sources, such as newspapers, flyers programs and calls to action. Workers visit public events, speaking to people there - and being clearly identified as with the constitutional office. These conversations occur on a "voluntary basis," as the office is not allowed to force anyone to provide information.

Within extremist circles, the office works with so-called connected or trusted people. These are external informants, or private persons who are not undercover agents. Such people could even be "placed" into extreme right-wing groups in order to gain a view into their activities. In this situation, the informants act as if they belong to the group, yet pass along their knowledge to the office. In this capacity, a parliamentary committee can grant them permission to spy on confidential communications. The parliament is involved at this stage because the basic authority for employing informants arises from federal and state law. 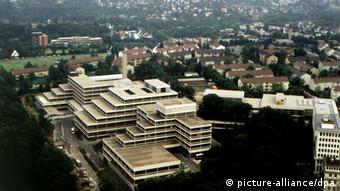 The criminal police have their headquarters in Wiesbaden

Informants may be motivated by several factors, such as to avoid a criminal conviction. Revenge or competition can also play a role. Even financial interest can be a motivating factor, as informants receive a "stipend" for their work from the office.

The Federal Criminal Police Agency falls under the Interior Ministry, with headquarters in Wiesbaden. Working with state counterparts, this agency coordinates the fight against illegal activity. It's also active internationally, with 5,000 staffers among German police partners worldwide. It combats - for example - the weapons and drug trade, counterfeiting, international terrorism, financial crimes and severe cases of computer sabotage. Like the Office for the Protection of the Constitution, it has the ability to employ informants as well. 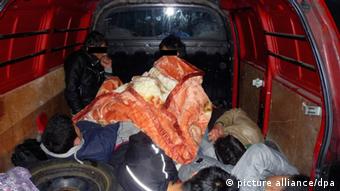 The job of the German police is to take care of domestic law enforcement - in other words, it seeks to prevent and fight criminality. Under the German constitution, policing is the responsibility of states. Germany's police are therefore distinguished at federal and state levels, with a federal police agency and 16 state police agencies. State police duties and authorities are similar, though not identical across the 16 states. State police are governed by the interior ministry of that state.

Federal police have a clearly distinct role. They take care of national borders, train and plane security, as well as security for federal establishments.

Former Bavarian interior minister, Günther Beckstein, has strongly denied trying to influence a police investigation into a series of murders committed by the far-right NSU group. (25.05.2012)