At an emotional memorial service, Würzburg mourned the deaths of three women who were killed in a knife attack. With the motive still unclear, officials urged against responding to the attack with "hate and revenge." 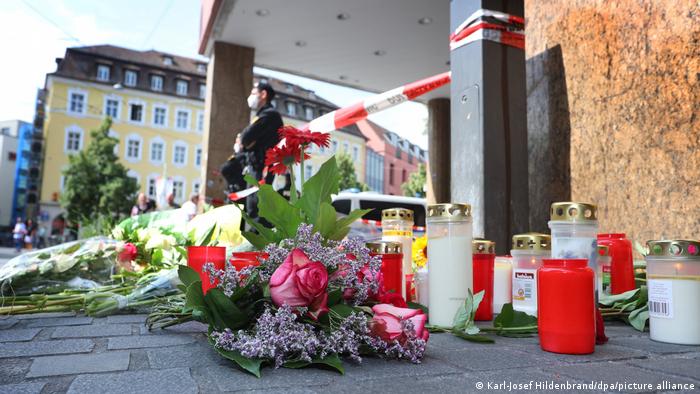 Bavarian State Premier Markus Söder attended a memorial service on Sunday for the victims of the knife attack in the city of Würzburg, around 120 kilometers (74.5 miles) east of Frankfurt.

"We cannot answer such a hateful deed with hate and revenge," Söder said, two days after a Somali man went on a rampage with a knife in the city center, killing three people and injuring six.

"Good and evil are not an issue of nationality, religion and ethnicity," he said.

What do we know about the victims?

The three victims who succumbed to their severe injuries were aged 24, 49 and 82, police said on Sunday. The three people killed were all women.

The authorities said the condition of one of the five seriously injured victims has improved. 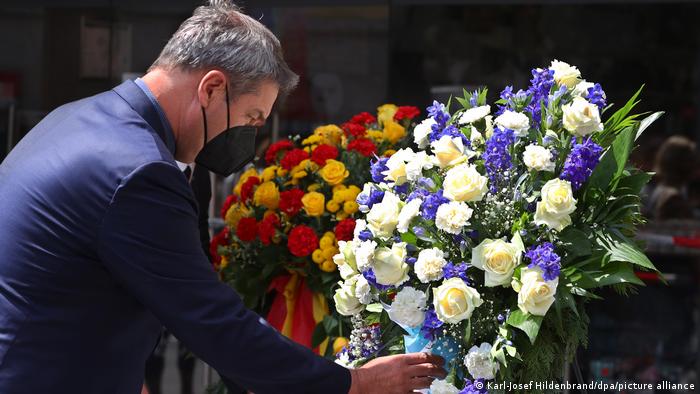 During Sunday's memorial service, Würzburg Mayor Christian Schuchardt spoke of the shock and grief felt by the whole city.

"The mourning for the people lost will never end," he said.

On the evening of the attack, Schuchardt said he was "shaken with horror" after hearing news of the violence.

"I also cried for the victims and their families. For the people who were suddenly attacked on a peaceful and beautiful summer evening, who were caught off guard and were injured or killed with a knife," he said.

What have investigators revealed so far?

According to the police, the suspect walked into a department store on Friday and asked a saleswoman where the knives were and allegedly stabbed three women to death before attacking people outside.

The suspect, currently in pretrial detention, is a 24-year-old Somali man who has lived in Germany since 2015.

Witnesses reported hearing the suspect shout "Allahu Akbar" (God is greatest in Arabic) during the attack.

Investigators have been looking into the motive behind the attack as suspension grows over whether the alleged perpetrator is mentally ill or has a radical Islamist agenda.

What triggered the rampage?

The suspect's public defender said his client could possibly be suicidal and might harm himself while in detention.

"What I notice is that he is in obvious psychological distress," lawyer Hanjo Schrepfer told DPA news agency on Sunday.

He had been admitted to a psychiatric hospital earlier this year after threatening someone with a knife at a homeless shelter where he was living, prosecutors said.

Investigators had also found hateful texts on a phone at the homeless shelter where he lived. Police were not sure if the rampage was motivated by mental issues or Islamic radicalization.

"We don't know either one thing or the other for sure at the moment, but I just want to note that they don't rule each other out,'' Bavarian Interior Minister Joachim Herrmann said.