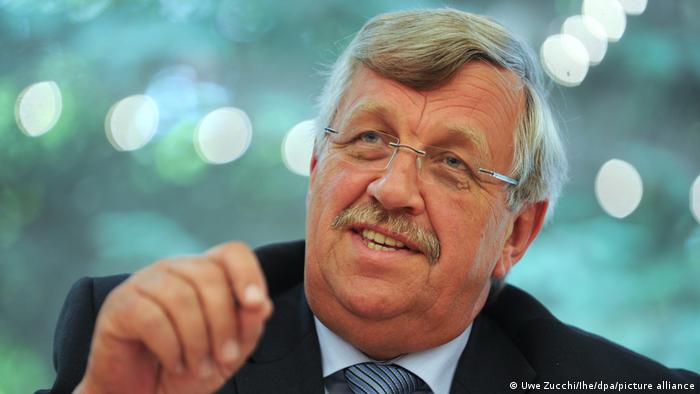 The trial of the man suspected of supplying the murder weapon in the case of slain German politician Walter Lübcke got underway in the city of Paderborn on Wednesday. 66-year-old Elmar J.* is accused of illegally selling a gun and ammunition to convicted killer Stephan Ernst.

Lübcke was the head of the local government in Kassel, in the central German state of Hesse. A member of the center-right Christian Democrats (CDU), he had been outspoken in his defense of the city's open approach to accepting refugees.

On June 1, 2019, the neo-Nazi Ernst shot the politician as he stood on the terrace of his home in Istha, just outside Kassel. It was the first assassination of a lawmaker by a right-wing extremist in Germany's post-war history.

Ernst was found guilty of the murder in January 2021 and sentenced to life in prison. He has appealed the verdict, and that case is still pending.

Prosecutors have accused Elmar J. of supplying the Rossi .38-caliber revolver to Ernst in 2016 for 1,100 euros ($1,242). According to the indictment, neither party had a firearms license and the defendant was aware of that fact. He was initially charged with accessory to murder, but those charges have been downgraded to involuntary manslaughter, as well as several violations of the Weapons Act.

Defense attorney Ashraf Abouzeid told the court that his client admitted to violating the Weapons Act, but denied selling Ernst the specific weapon used to kill Lübcke. Abouzeid added that Elmar J. had a "certain affinity to the Third Reich," and collected Nazi memorabilia, which had led to him meeting the killer at flea market.

*DW follows Germany's press code, which stresses the importance of protecting the privacy of defendants in many cases, especially prior to conviction.