At a general meeting in Dresden, the German Olympic Sporting Federation (DOSB) has decided that the country will seek to host the 2024 Summer Games. Now the federation must choose between its two largest cities. 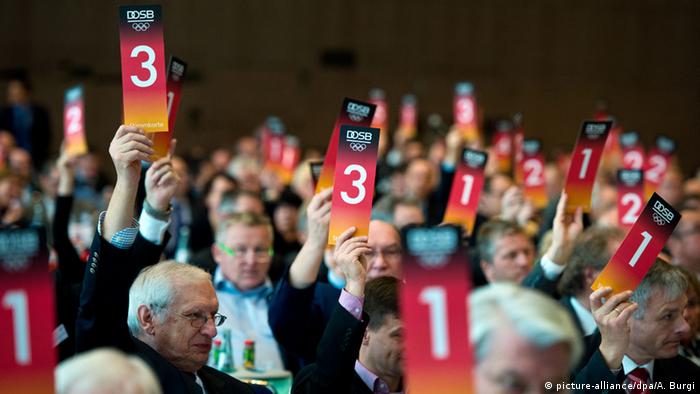 Berlin and Hamburg are in a straight race to stage the biggest sporting show on Earth after the DSOB confirmed that Germany will bid for the right to host 2024 summer Olympic Games.

The country's largest two cities would both like to host the Games, but the DOSB will meet again in March 2015 to decide which of them will be carried through to the protracted bidding process.

"This is about one single application," Interior Minister Thomas de Maizière told reporters. "Only then do we have a chance to be successful.

With over four million residents Berlin is Germany's largest city and has been the venue for a number of major sporting events, including the 1936 Olympics and the 2006 World Cup final. The Olympic Stadium will also host the 2015 Champions League final.

Hamburg has 1.7 million inhabitants and is the ninth largest city in the European Union, but if selected it will be the smallest city by population to host a summer Olympic Games since Atlanta in 1996, and one of the smallest ever.

The last time the Olympics were held in Germany was when Munich hosted the summer Games in 1972, and De Maizière said he would be enthusiastic about the possibility of the sporting extravaganza returning to the country for the first time in over half a century.

"The federal government offers its complete support for the DOSB application," de Maizière said. "I think it's totally the right thing to do."

The next Games in 2016 will be held in Rio de Janeiro in Brazil while the 2020 host city will be Tokyo in Japan.

'We want to develop the Olympics towards a positive future'

Can the Olympic games come to Germany again? On Saturday in Dresden, German Olympic Sports Confederation (DOSB) members will vote on the matter. DOSB chief Alfons Hörmann tells DW what he expects from Germany's next bid. (04.12.2014)

The German Olympic Sports Confederation is set to vote this weekend on whether the country should bid for the 2024 Olympics. (04.12.2014)