Germany has sent an envoy to Kabul to mediate a dispute over alleged electoral fraud. The crisis has complicated security efforts to quell attacks from the Taliban, which established a foothold in the south this week. 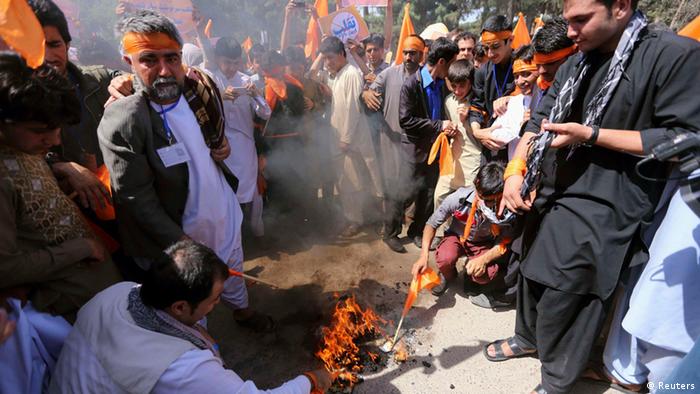 Germany's special envoy to Afghanistan, Michael Koch, was sent to the restive country late this week, according to the foreign ministry on Sunday. German Foreign Minister Frank-Walter Steinmeier decided to deploy his diplomat in an effort to calm a dispute over vote counting for the country's presidential elections.

Koch met on Thursday with the two candidates who competed in a June 14 run-off election, according to German news magazine Der Spiegel.

According to the Spiegel report, Koch was to stress to the candidates they were on the brink of gambling away Afghanistan's "historic chance" at peace.

Germany's Federal Foreign Office did not indicate a timeline for Koch's stay in Afghanistan.

Days after the June 14 vote, Abdullah Abdullah - the country's former foreign minister and contender for the presidency - broke off ties with the Independent Election Commission (IEC), alleging that voter fraud had marred the results being counted.

The decision angered his opponent, the former World Bank official Ashraf Ghani, who called his refusal to work with election officials "disrespectful to the citizens, who despite all threats and problems, went to cast their votes."

During the first round of voting, Abdullah secured 45 percent and Ghani 31 percent, both falling short of the majority needed to win outright. Preliminary results are expected to be published on July 2, with official results to be released by July 22.

Tensions were stoked further when Abdullah's campaign released a telephone recording a week ago, which it said proved that Afghanistan's chief electoral officer, Zia ul-Haq Amarkhail, had organized ballot-box stuffing. Although he disputed the allegations, Amarkhail resigned the next day, saying he did so "for the national interest."

Despite the apparent step forward in the election crisis and a UN mediation effort with Abdullah and Ghani on Monday, the two contenders to take over leadership from outgoing President Hamid Karzai continued to trade barbs this week.

Abdullah Abdullah led thousands of demonstrators in protest outside of the presidential palace (pictured above) just before the weekend.

In response, Ghani called on Abdullah to follow the law.

"We are tired of the language of threats and unlawfulness…Our votes are clean, and we will defend each vote," Ghani said.

The political crisis in Kabul coincided with a major offensive launched by 800 Taliban insurgents in Afghanistan's southern Helmand province. As NATO begins withdrawing its troops, Afghanistan awaits a new security agreement with the US, which cannot be signed until it has agreed upon a new leader.

Local officials reported over 100 deaths - including civilians, security officials and Taliban fighters - within five days of fighting, which began earlier this week. The clashes also led to the displacement of roughly 2,000 families and had caused food shortages in some areas isolated by the violence.

Amid the fighting, a stream of refugees from neighboring Pakistan is also taxing authorities in the region. Officials in southeastern Afghanistan said they had taken in more than 11,000 families from the neighboring North Waziristan region, where a military operation against the Taliban had displaced the local population.

NATO troops are to leave Afghanistan by the end of 2014. Germany currently contributes the third largest force - 2,695 soldiers - to the international effort.