Japan says it is considering an offer from German Chancellor Angela Merkel to send remote-controlled robots to help clean up and repair earthquake and tsunami damage at the Fukushima nuclear plant. 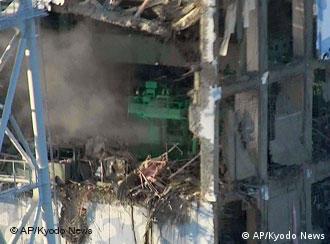 Fukushima after the quake and tsunami. A job for robots?

Germany is the third country after the US and France to offer Japan robot assistance to help in the fight to regain control at the Fukushima power plant, which continues to leak radiation.

Tokyo is yet to make a decision, but Berlin has indicated that the Kerntechnische Hilfsdienst (KHG), an independent German organization specializing in damage limitation at the country's own nuclear power plants, could dispatch the required technology in a relatively short space of time.

In a statement, Director Walter Sturz said KHG was in contact with the Tokyo Electric Power Company (TEPCO) and diplomatic representatives in Japan, and had sent detailed information about the robots' capabilities.

"KHG has various items of equipment from the fields of infrastructure, decontamination, radiation protection and remote-controlled technology, especially remote-controlled manipulator vehicles which can be operated from secure locations outside the danger zone," Sturz wrote.

Although its primary purpose is to be active on home territory, a spokesman for the Federal Environment Ministry told Deutsche Welle that KHG had enough equipment at its disposal to send some to Japan without any difficulty.

As operators struggle to stop radiation leaking from the reactors, which were damaged in a series of explosions following the earthquake and tsunami, and fears over radiation exposure continue to grow, experts says robots could prove an invaluable tool.

Jens Thielemann, a robot specialist at the independent Norwegian research organization SINTEF ICT, told Deutsche Welle the primary benefit is that they can be hardened to the effects of radiation exposure.

"Robots can boldly go where man cannot, they can survive in environments like Fukushima," he said. "Typically they will send in remotely-operated robots which are equipped with cameras and sensors and manipulators – the hands and arms." 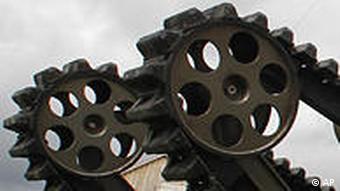 These types of robots don't only offer an overview of the situation inside a damaged plant, but can also be used to perform clean-up tasks. What they cannot do, however, is think and act for themselves.

"There is a lot of research going on in this field, but it is still 10 to 20 years off," Thielemann said. "The real challenge in robots is on a cognitive level. They might be able to get into a building but they wouldn't know what to do once they were there."

Which means technology such as that which KHG is proposing to make available to Fukushima can only work when there are operators on hand to man the controls. Something which is no easy feat.

"It is rather like knitting with gloves on," Thielemann explained. "Operators need to be very well trained because they lose the contextual information.

KHG has already said that if Tokyo were to request its technological assistance, Japanese experts with a sound knowledge of the power plant would have to be trained to use the equipment.

Growing concerns over radiation cause several countries to ban or impose restrictions on the import of Japanese products, with Hong Kong, one of Japan's key food export markets, becoming the first. (24.03.2011)

Despite progress made, the Fukushima plant has had to be evacuated as smoke rises from reactors. Meanwhile there are fears of radiation reaching Tokyo. (23.03.2011)