After a recall of 750,000 flu vaccines left some doctors and pharmacists in worried that there would be a shortage, Germany has cleared the way for nearly all of the vaccines to be replaced. 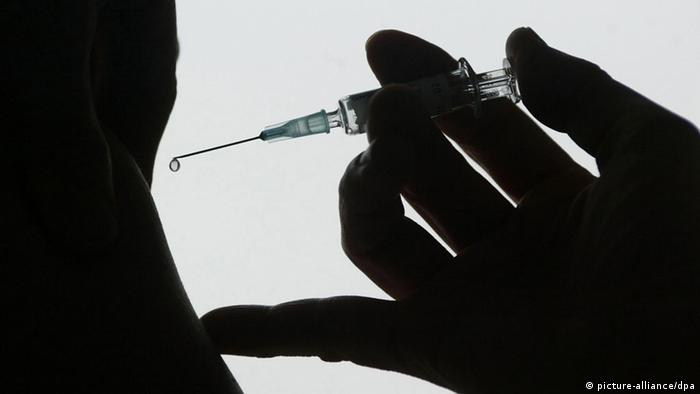 Earlier this week, doses manufactured by the Swiss company Novartis were recalled because of fears that particles in the vaccines could trigger allergic reactions. The German Health Ministry said Friday that 620,000 doses of the flu vaccine from other manufacturers would be available.

The problem with the flu vaccine

Several European countries have banned a flu vaccine produced by the Swiss pharmacetucial company, Novartis, for safety reasons. DW looks at the production of flu vaccines to show how this could have happened. (26.10.2012)

New vaccines from GlaxoSmithKline will provide 560,000 doses to help make up the shortfall, while another 60,000 are coming from Abbott.

That brings the total number of available flu vaccines available in Germany to 14 million. In comparison, around 15 million were administered last year.

The recall of the Novartis vaccines stirred up an ongoing debate between pharmaceutical companies, doctors, pharmacists and health insurance companies about who is to blame for perceived shortages, which could affect some parts of Germany more than others.

"In an effort to save money, the health insurance companies are negligently risking the care of the patients," Heinrich said, referring to the alleged practice of negotiating exclusive contracts with vaccine manufactures in return for better rates.

The insurance companies counter that the problem is not one-sided, and that pharma is are to blame.

At the beginning of next week, representatives from the Paul Ehrlich Institute (PEI), which is the German office for vaccinations and biomedicals, will meet with health insurance and pharmaceutical companies about the demand for inoculations in the upcoming flu season.

Novartis estimates that about a million doses of the company's flu vaccines have already been administered, and so far there have been no reports of any negative reactions. Germany's PEI confirmed that it has not heard of any negative side effects due to the vaccine in Germany.

France announced on Friday that it is also recalling some of the flu vaccines from Novartis, joining Austria, Italy, Spain, Switzerland and Italy on the list of other countries that have also made recalls.