Germany football coach Joachim Löw: 'My role is to be a visionary'

Germany are aiming to become the first team to successfully defend a World Cup since 1938. In an exclusive interview with DW, Germany coach Joachim Löw reveals how he plans to achieve that and how he views his role.

DW: We would like to start with the future.

Joachim Löw: The future? Then I need to go because I am not a fortune teller.

Maybe we could dream a little and philosophize, perhaps a bit about how to become world champions again. But I have some bad news for you: the chances are, you might not be the 2018 world champions. Only one team has defended their title and that was almost a century ago. Maybe you could explain something: What is so hard about defending a World Cup title?

To play at the highest level requires tremendous effort, concentration and above all, never giving up. If you are successful, then it is only human that you are sometimes a bit saturated. You might also lose that hunger which means that others who are more ambitious will knock you off your pedestal. Therefore, the hardest task is to always play at this high level without falling off.

What can you do to ensure everyone plays their best? What is your task now?

My task is to pay attention to particular situations, inform myself where football is going and of the latest developments. We want to always be trendsetters somehow. We want to be a little bit ahead of other teams. That's why we look into the future. We are also kind of visionaries and sometimes consider totally crazy things, even when they seem a little absurd. But we want to try them once. By the same token we want to keep the pressure consistently high and to establish a certain competition because, in the end, that is what accounts for the extra percentage points. 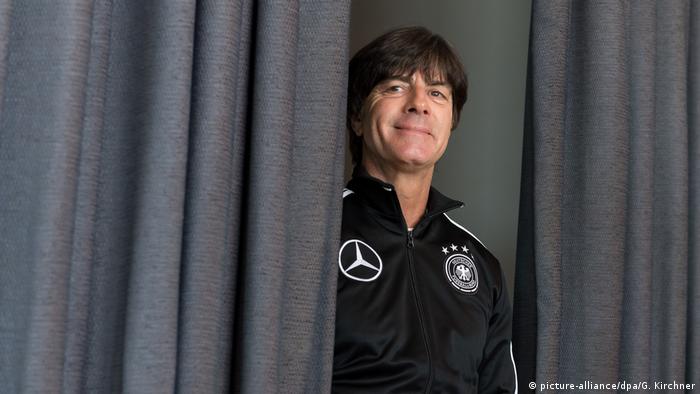 Let's compare the 2014 World Cup in Brazil to this upcoming one. What are the big differences?

The temperatures are maybe a little different. It was very warm in Brazil and the kickoff times were also different. We often played at midday in Brazil. We were not as focused from the start because of the heat. No European teams had ever won a title on South American soil up to that point. The entire focus was on Brazil and everyone kind of wanted Brazil to reach the final. We were played a little bit as favorites. In Russia we are maybe the favorite at this tournament — there is no avoiding it. World champions, Confed Cup winners, we played a good qualification. The pressure is always there and I believe it will be even higher in Russia.

Can you plan success?

To some extent. Without planning there will be no success. In the end, there are maybe some situations where luck and outside influences play a role. But you can get pretty far with a plan, with a clear goal and with consistency.

What exactly do you demand from your team, not just the squad? What do you demand so that the whole project in 2018 succeeds and you become world champions once more?

It can be expressed in one sentence, even if it may be corny or banal: everyone has to focus 100 percent on his task. 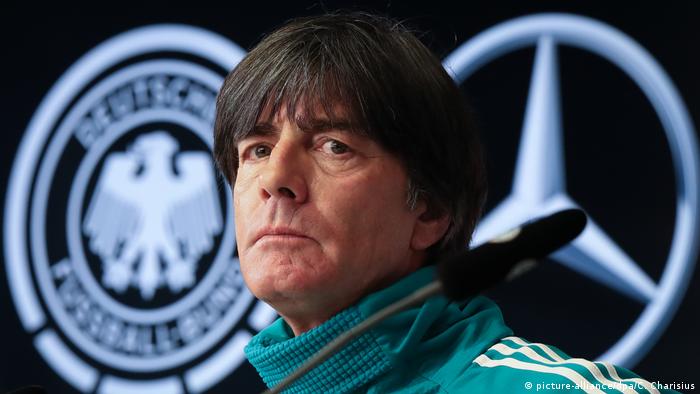 'My task is to pay attention to particular situations and inform myself where football is going.'

What is the head coach? Are you a craftsman? Are you an artist? Are you sometimes also a father?

The role of a coach is varied. We have many tasks. To be a visionary that always looks a little bit towards the future: How should the team develop? How should it play at a tournament? Of course you also have to be the contact person for the players, where social competence also plays a role. I am kind of someone who should lead the team and therefore need a certain relationship with my players. On the other hand I am the public relations worker that needs to represent the team and the sport to the outside world. Multilayered and multifaceted. Thank God I have a good team that supports me in every respect.

Joachim Löw replaced Jürgen Klinsmann as Germany's coach following the 2006 World Cup. He led Germany to the 2014 World Cup in Brazil, the first time they won the title since the country reunified in 1990. Germany also won the Confederations Cup in Russia in July of this year and reached the semifinals of the 2010 World Cup in South Africa, the final of the 2008 European Championship and the semifinals of the 2012 and 2016 Euros. Löw has also coached at club level in Germany, Turkey and Austria.