After months of political negotiations, German lawmakers agreed to allow broader embryonic stem cell use. But they signaled their ambivalence by refusing to completely do away with restrictions. 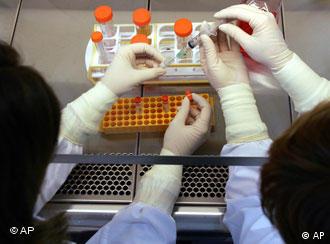 Scientists will have more stem cell lines to choose from

Hundreds of stem-cell lines previously off-limits to German scientists will be made available under a law passed by a majority of Germany's lower house of parliament on Friday, April 11.

But the decision represents a compromise in a debate which has raged for months over the ethics of using embryonic stem cells for scientific research.

On Friday, lawmakers debated various measures which ranged from a complete liberalization to a complete prohibition of stem-cell use before deciding on a compromise measure. The final vote cut across party lines, with 346 German lawmakers in favor of the revision while 228 voted against it and six abstained. 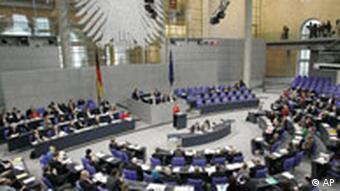 German scientists had long complained that the restrictive laws put them at a disadvantage compared with their peers in other countries.

“This is a good day for both protecting life and also for research in Germany,“ Schavan, of the Christian Democratic Union, said after the vote Friday.

The German Research Foundation (DFG), Max-Planck-Institute, the Helmholz Association and the Federation of German Industries (BDI) also welcomed the vote. 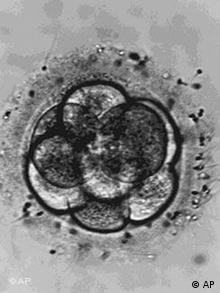 German scientists had pushed for Germany to reconsider a 2002 law which imposed strict limits on the use of embryonic stem cells in medical research. While the law banned all creation of stem cells in Germany, it did allow cells produced from abroad to be imported, but only if they had been created before Jan. 1, 2002. Scientists also had to show that the project had overwhelming significance and that no other research method could be used.

Scientists had complained that tight laws prevented them from taking part in international projects using stem cell lines created after 2002. Other European countries, such as Britain and Sweden, have less strict laws.

The new law allows for a more recent cut-off date of May 1, 2007 for the import of stem-cell lines. Advocates of the change claim that it will increase the number of stem-cell lines available to German scientists from 40 to 500. 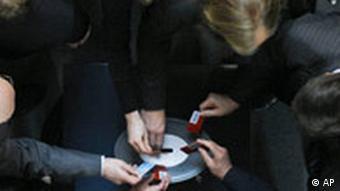 Embryonic stem cells are prized by scientists for their ability to develop into any type of cell. This versatility has led scientists to trump stem cells as offering the potential to cure diseases such as diabetes, Parkinson's and heart maladies.

Yet in Germany, the use of embryonic stem cells makes many people uncomfortable on religious and ethical grounds.

Stem cell research carries historic overtones of the Nazis' genetic experiments linked to the creation of a master race. Traumatized by grisly experiments on humans under the Nazis and influenced by its Christian churches, Germany has agonized for a decade about the ethics of using the cells.

Critics argue that a human life is sacrificed when an embryo is torn apart. Religious groups expressed unhappiness with the parliament's decision.

"This is not a good day for the protection of life in Germany,“ said Munich Archbishop Reinhard Marx.

“My worry is that it will now become easier to further undermine the protection of unborn life,” Beckstein said.

Critics have pointed to new research advances in bolstering their claim that stem cells are unnecessary. Scientists recently discovered a way to re-program adult stem cells to make them pluripotent, or capable of acting like embryonic stem cells.

The search for a substitute 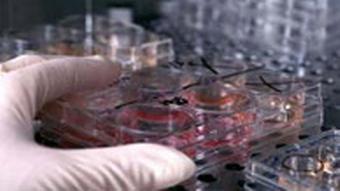 But scientists counter they still need the embryonic cells to compare with these induced pluripotent cells.

But "these new, reprogrammed cells still have to be compared with real embryonic stem cell lines to see if they function the same way," said Joerg Hacker, vice president of the German Research Foundation.

Shortly after the November announcement, the German government announced it would double its funding for stem-cell research from 5 million euros ($7.4 million) to just under 10 million euros, albeit only for adult stem cells.

Some scientists and politicians believe the 2002 law restricting the use of stem cells in German research is no longer in sync with modern medicine. Opponents to a change in the law fear abuse of human embryos. (13.02.2008)

Germany has pledged to invest more money in stem cell research with adult cells after Japanese and US scientists recently announced a breakthrough. The country's research minister also wants to ease some restrictions. (27.11.2007)

What do you think about using embryonic stem cells in medical research? Please include your name and country in your reply.

Germany's health minister said there was no more room to further relax COVID-19 restrictions, after the "clear defeat" of the vaccine mandate in the Bundestag. Follow DW for the latest.

On the day Germany reported a record number of new COVID-19 cases, the country's lower house of parliament has tightened restrictions. Not all parliamentarians were happy, least of all the far-right AfD.