German police say at least three people have died after a maintenance carriage fell from a broadcasting tower. An investigation has been launched into what happened. 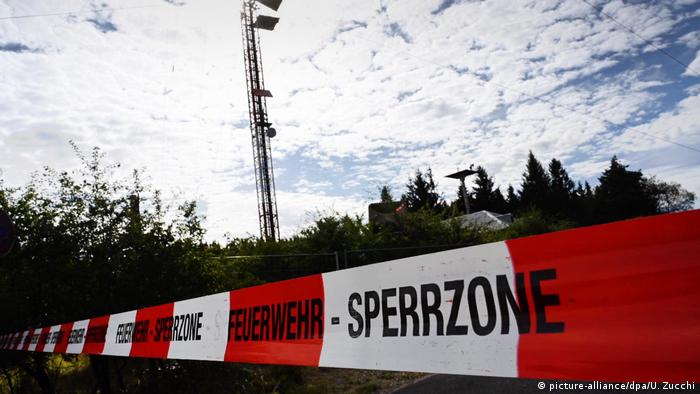 Police in the German state of Hesse on Tuesday confirmed three fatalities after a maintenance carriage fell from the side of a broadcasting mast.

The carriage was reported to have plummeted from a height of some 50 meters (165 feet). The cause was not immediately apparent.

Officials said a health and safety investigation into the incident was underway, with the site cordoned off. Trauma counselors were at the scene.

Work was being carried out on the radio tower, near the town of Eschwege in the Fulda Werra Uplands of North Hesse, which is used by regional broadcaster Hessischer Rundfunk.

At the end of August, the broadcaster announced that a new antenna was being erected at site with the work continuing to the end of September. However, it was not immediately clear whether the accident was linked to the new construction.

The facility, some 30 kilometers southwest of the city of Kassel, was first set up in 1955 and is made up of several broadcast masts.