German authorities are investigating the deaths of five children whose bodies were found at their family apartment. The children's mother is in hospital after trying to commit suicide by jumping in front of a train. 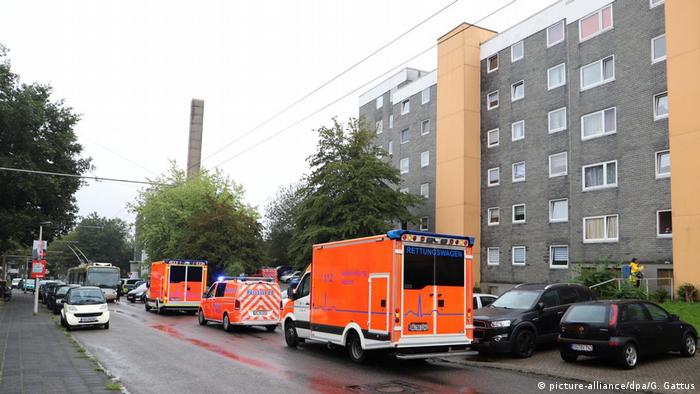 German police said the bodies of five children were found dead in an apartment block in Solingen, near Cologne, on Thursday. The children are believed to be three girls aged 1, 2 and 3, and two boys aged 6 and 8 years old.

Officials told German news agency DPA that the children's grandmother contacted police just before 2 p.m. local time (1200 GMT) to report the deaths. The authorities have since managed to contact the children's father.

"The cause of death is to be determined through investigations and autopsy," said police spokesman Stefan Weiand.

There were early reports that medication was used in the children's deaths. "We are investigating in that direction," said Weiand.

North Rhine-Westphalia Interior Minister Herbert Reul told DPA that the children's 27-year-old mother jumped in front of a train in Düsseldorf, which is just northwest of Solingen, in the early afternoon. According to a spokesperson with the fire department, the woman was found between two track beds and taken to a hospital.

"A mother is suspected of killing 5 of her children in this apartment block in Solingen, western Germany, before heading to Düsseldorf, where police say she tried to end her life," DW's Jessie Wingard tweeted from the scene.

A neighbor told DW that the community was in "shock."

"We never thought this could happen, not here," she said.

"We are assuming there was a criminal offense and will question the mother but she is not fit for questioning at the moment," said Weiand. "We do not know exactly what happened yet, only that it was a very tragic situation."

"The family drama in Solingen fills me with great sadness, and at the moment I am sending my thoughts and prayers to the five children who were torn from life so terribly early," said Reul.

One of the mother's other children, an 11-year-old boy, has survived and was with relatives.

Local residents have been leaving candles, toys, and flowers at the front door of the apartment block.

Solingen is just under 14 miles (22 kilometers) southeast of Düsseldorf, the state capital of North Rhine-Westphalia.