Germany has banned one Islamist Salafist group and launched an investigation into two others on suspicion of endangering the public peace. Police raided dozens of premises as part of the investigation. 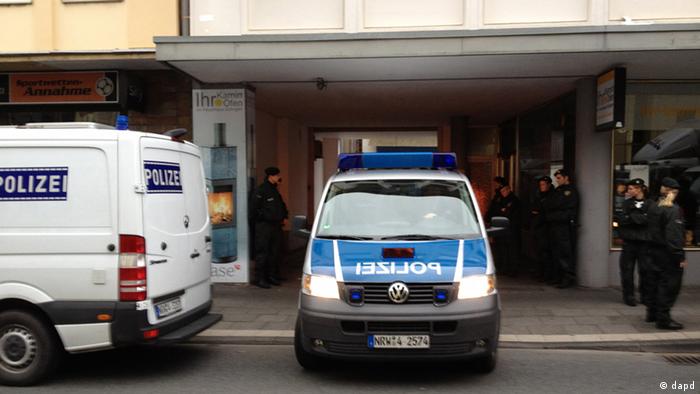 German Interior Minister Hans-Peter Friedrich said on Thursday that the government has banned one Islamist Salafist group and launched investigations against two others.

Friedrich told reporters in Berlin on Thursday that the Millatu Ibrahim group, based in Solingen in the western state of North Rhine-Westphalia had been banned for opposing Germany's constitutional order and endangering the public peace. He said investigations had been launched into two other groups. One of them recently drew attention by distributing free copies of the Koran in numerous German cities.

Friedrich's announcement came on the heels of the news that police had launched a series of raids in seven German states targeting Salafist Muslim groups suspected of inciting extremists to violence.

Hundreds of police officers were involved in the raids in the states of Hesse, North Rhine-Westphalia, Bavaria, Lower Saxony, Berlin, Hamburg and Schleswig-Holstein.

Police were searching more than 70 premises looking for evidence that the Islamists in question were seeking to bring down Germany's democratic system of government, which would be a criminal offense.

Salafists have been the focus of police investigations in Germany since a man from Kosovo shot dead two US soldiers at Frankfurt International Airport in March 2011 and threats and violence during the run-up to regional parliamentary elections in North Rhein-Westphalia in May.

Salafists adhere to an ultra-conservative form of Islam. Security officials estimate that 24 Salafists present a threat of Islamist attack in Germany.