Despite recent German market highs and the possibility to earn greater returns on their savings, Germans continue to see stocks as high-risk investments and avoid them in favor of other options with guaranteed returns. 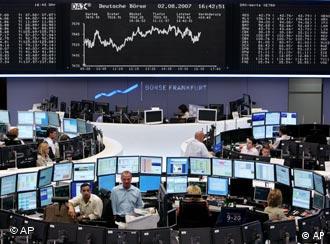 The risk of stock investing and not having a guarantee of how much of a return an investment will yield is a central reason why Germans tend to avoid stocks, according to Franz-Josef Leven of the Deutsches Aktieninstitut (German Equities Institute, DAI).

"Only 6.7 percent of Germans invest in stocks," Leven said. "That is absolutely too low."

It's too low because the aversion to equities could mean smaller profits for Germans when they trade their investments in for cash. Regarded over the long-term, stocks have proven to bring in higher returns than any other type of investment, according to DAI statistics. 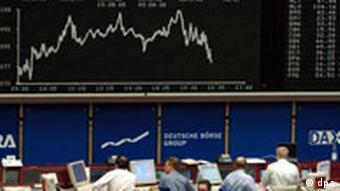 "Though it does not apply to every stock or every year, broad investments yield higher returns," Leven said, adding that the stock market averages annual returns of between 8 percent and 10 percent in the long term. That's about 2 percent higher than other investment options.

On average, 12 percent of Europeans and 22 percent of Americans put some of their savings into stocks. At the same time, bonds and other investment options with guaranteed returns remain considerably more popular in Germany, surveys by the Nuremburg-based Society for Consumer Research (GfK) have shown.

Since savings accounts and other forms of low-risk investment are most familiar to people in Germany, many do not consider investing in equities or even know about all their options, according to Matthias von Arnim, an economics journalist and author of the book "Erfolgreich mit Aktien" ("Successful with Stocks").

"The money is basically there, but the knowledge is not," he said. 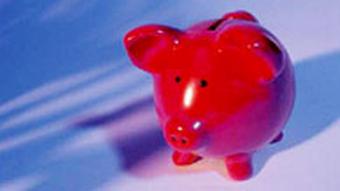 Do Germans still see this as their best savings option?

Germans also tend to overestimate the amount of money they need to begin investing in stocks, Leven said.

The DAI recommends investors have about 40,000 euros ($55,250) in savings to invest directly in stocks. Investors with less are safer with other forms of investment, such as index funds, whose shares are broadly invested and can be purchased with smaller lump sums of money, Leven said.

Both von Arnim and the DAI's Leven emphasized that such returns only occur when money is invested for at least 10 years and that there is always some risk involved in buying stocks, though it is reduced by owning a wide variety of stock for a long period of time.

"Over the short-term the stock market can change quickly," von Arnim said. "It's not the right place to try and make money quickly."

Viewing the stock market as a place to make a quick buck has left a bad taste in the mouths of many German investors, especially after the value of highly promoted stocks in Deutsche Telekom plummeted and the dot-com crash in 2000. 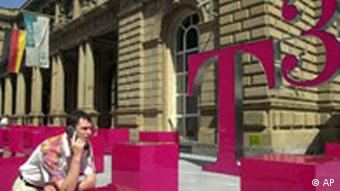 As a result, Germans moved their money out of equities. Assets held in stocks dropped to about 8 percent in 2006, down from 13.5 percent in 1999, according to DAI figures.

"Some people definitely stopped enjoying stocks after the Telekom crash," von Arnim said. "I met people who sold their businesses and decided to make a living selling stocks. They were ruined."

After going public in 1996, Deutsche Telekom promoted itself to small, private investors, calling its shares "Volksaktien," or "people's stocks." The campaign was a success, with 3 million people purchasing a part of the former monopoly. They watched their shares' value grow to over 100 euros each -- and then fall to less than 10 euros in just over two years.

The losses were so serious that then-Telekom CEO Ron Sommer was pushed out of his job for the shares' poor performance.

In addition to annihilating shareholders' savings, the Telekom and dot-com crashes also affected Germans who had not invested in stocks, Leven said.

"The people who lost money were naturally put off stocks," he said. "And the people who did not lose anything felt confirmed that investing in stocks is very risky."

Despite Booming Economy, Germans Not in Celebratory Mood

Business surveys and consumer confidence levels suggest that the German economic motor has roared back to life and is racing towards a bright future. But that sunny outlook isn't reflected in the mood of the nation. (08.08.2007)

Risk-Averse Germans Shy Away From Self-Employment

A decreasing number of Germans are willing to take the plunge and found their own company. Most would still prefer dependent employment in a country where the pioneering spirit has still not caught on. (05.07.2007)

The Social Democrats have put forward the idea of a "Germany Fund" to give employees better options for investing in German companies. But critics are warning of a bureaucratic monster. (27.06.2007)

India is in the process of privatizing large state-owned companies and many people are wondering what advantages and disadvantages this will bring. A look at Germany reveals who the winners and losers could be.