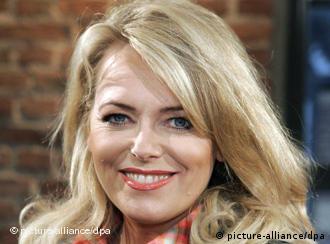 Eva Herman, herself a professional, thinks women are better suited for staying at home

"Mrs. Herman's authorial activities are in our view no longer compatible with her role as a television news reader and talk show host," said Volker Herres, program director for German public network ARD's northern division Norddeutscher Rundfunk (NDR), in a statement on the network's Web site.

He also said that some guests had canceled their appearances on Herman's talk show in response to her public statements on motherhood. 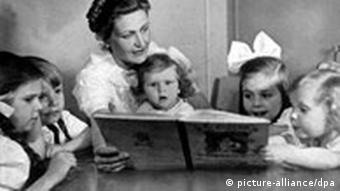 Herman, 48, who already ruffled feathers last year by arguing that women should raise children rather than pursue careers of their own, was quoted by the media as speaking in glowing terms about the family values that were nurtured in the Nazi era.

"It was a gruesome time with a totally crazy and highly dangerous leader who led the Germans into ruin as we all know," Herman said."But there was at the time also something good, and that is the values, that is the children, that is the families, that is a togetherness -- it was all abolished, there was nothing left."

Herman's new book "The Noah's Ark Principle: Why We Must Save the Family" (available in German) is a follow-up to her 2006 bestseller "The Eva Principle: For a New Femininity."

In both books, Herman openly discredits the merits of emancipation and mourns the loss of traditional gender roles that assigned women to the safe and comforting spot by the kitchen stove. 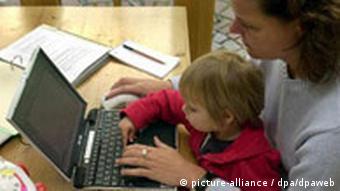 Many women juggle their careers with obligations at home

Herman told Bild newspaper on Monday that she didn't understand why there was so much commotion about her views.

"I expressly distanced myself from the 'Third Reich' at several points," Herman said. "One has to put my statement into its overall context. This isn't about Hitler's values, but about basic human values, which were abused in the 'Third Reich' and later abolished."

By praising the Third Reich family values, however, Herman managed to raise the scandal bar to unprecedented heights.

While it is true that the Nazis offered incentives to child-bearing women, their family policies were an integral part of their racist ideology whose goal was the creation of a master race.

"Frau Herman should know that what characterized the Third Reich wasn't how mothers were treated, because they were just meant to produce cannon fodder," author and Holocaust survivor Ralph Giordano told Bild.

"What characterized it was the gas chambers." 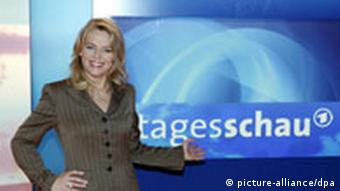 For almost two decades, Herman was one of Germany's most popular news presenters

Married for the fourth time, having one child and -- until now -- a stellar television career that included 18 years of hosting Germany's premiere TV news show Tageschau -- Eva Herman was an unlikely candidate for a champion of antiquated gender roles.

She proved, however, that one doesn't have to practice what one preaches and that a successful career woman can tell other women that what they really want is to keep quiet and cook.

"In Eva Herman's case, even those of us who are women's rights activists want her to return home to her kitchen stove," said Renate Künast, a prominent member of the opposition Green party.

It is unlikely, however, that Herman, who was often voted in the past as Germany's favorite news presenter, will get a chance to become a stay-at-home mom that she never was. As a proponent of an ultra-conservative, pre-feminist fantasy world in which marriage, obedience and motherhood are considered the ultimate forms of self-fulfillment, she seems busier than ever.

"Frau Herman is free to carry on her 'motherhood crusade,' but this is no longer compatible with her role as an NDR TV presenter," Herres said.

According to a recent survey on role models commissioned by DW-TV, Pope Benedict XVI ranks high among people Germans look up to. A TV presenter and Kofi Annan did even slightly better, however. (08.09.2006)

What do women really want? Definitely not a career, says a former German TV news presenter. Her controversial new book -- "The Eva Principle" -- encourages women to stay where she thinks they really belong: by the stove. (06.09.2006)

Germany's feminist flagship magazine, Emma, will turn 30 this weekend. Over the years, both the magazine and its mediagenic founder, Alice Schwarzer, have spent a fair share of time in the spotlight. (25.01.2007)