German-Turkish Politician Injured in Racist Attack | Germany | News and in-depth reporting from Berlin and beyond | DW | 20.05.2006

Politicians had hoped racism would stop dominating headlines ahead of the World Cup, but that doesn't look likely. The latest victim of a racist attack is one of their own -- a German politician of Turkish origin. 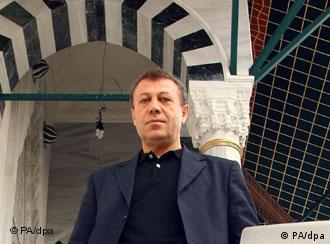 Giyasettin Sayan, 56, a member of Berlin's regional assembly who is of Turkish origin is in hospital after being attacked by two men who called him a "dirty foreigner", police said on Saturday.

Sayan, who represents the neo-communist Left party, suffered head injuries and bruising on Friday after his attackers struck him with a bottle in a street in his Lichtenberg ward in the east of the Berlin.

Police are offering a 3,000 euro ($3,600) reward for information leading to the arrest of the assailants. 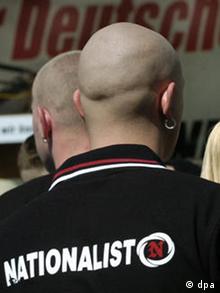 The Lichtenberg district is known for its far-right scene

The Lichtenberg district is known as a stronghold of neo-Nazis in Berlin, and Sayan's party chief in the Berlin assembly, Stefan Liebich, said the attack confirmed earlier warnings by a former government spokesman to World Cup fans.

German politicians and football authorities reacted with anger on Thursday to the warning from Uwe-Karsten Heye that "there are small and mid-sized towns in Brandenburg and elsewhere where I would advise anyone with a different skin color not to go."

"They may not leave with their lives," Heye added.

Marlene Mortler, who chairs the tourism committee of the German parliament, said that, although isolated racially motivated attacks did take place, "Germany is far from being a country where foreign visitors should fear attacks from the far-right."

The interior ministry for its part said it was confident that all the estimated one million visitors for the June 9 to July 9 World Cup would feel safe.

The high rate of unemployment in the former East Germany has been blamed for helping neo-Nazi, anti-immigration groups recruit young members.

Berlin Police Chief Dieter Glietsch is hoping for a swift resolution in the Sayan attack. He said that a six-person team was in pursuit of the politician's assailants.

However, Glietch told reporters on Saturday that, despite the attack on Sayan, there was no justification for labelling certain Berlin city districts "no-go" areas for dark-skinned foreigners. That would be playing into the hands of the neo-Nazis who would like that to be the case, he said.

When a public figure warned dark-skinned people to avoid parts of eastern Germany, he raised a new debate on racism. DW's Peter Phillipp says talk on the topic is good, but action would be better. (May 19, 2006)

An attack on an Ethiopian-German in the city of Potsdam has turned into a political tussle, with officials and organizations bickering over the attack's motives, public remarks and who should be investigating the case. (April 24, 2006)