German tobacco sales decrease as smuggling is up | Business | Economy and finance news from a German perspective | DW | 22.04.2013

German tobacco sales decrease as smuggling is up

The gradual increase in tobacco tax in Germany has seen domestic cigarette and cigar sales decreasing further over the past couple of months. However, that does not mean people are smoking less in the country. 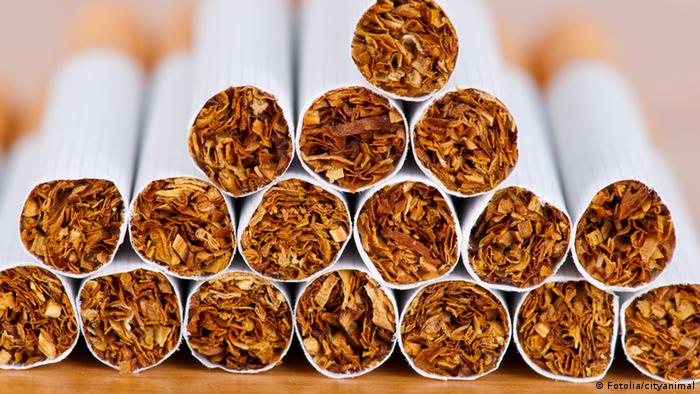 Yet another tobacco tax hike in January of this year resulted in shrinking official cigarette sales in Germany, the National Statistics Office (Destatis) reported Monday.

In the first quarter of the current year, sales dipped by 6.8 percent year-on-year to a total of 17 billion cigarettes sold. Tax-relevant revenues shrank by 5.6 percent to 4.2 billion euros ($5.48 billion) over the same period.

How your body recovers when you quit smoking

Producers also sold fewer cigars and cigarillos in Germany, down 13.8 percent from levels in the first quarter of last year. Already towards the end of 2012, tobacco sales hit the lowest level since the country's reunification in 1990, caused not least by a series of tax hikes which are still continuing.

According to auditing and consulting company KPMG, every fifth cigarette smoked in Germany doesn't get taxed. On Monday, the firm reported that about 21 billion cigarettes did not wash any money into state coffers.

KPMG hastened to add that only about half that number were smuggled into Germany last year. The company noted the other half was legally obtained abroad, particularly by citizens living anywhere near the border with an eastern neighbor.

In the 27-member European Union as a whole, the trade in 65.5 billion illegally sold cigarettes resulted in the loss of some 12.5 billion euros, KPMG claimed in its survey.