A German state is to release hundreds of millions of euros to guarantee a loan that will allow the Nürburgring racetrack to continue operating. The circuit's troubles began with a decision to build an amusement park. 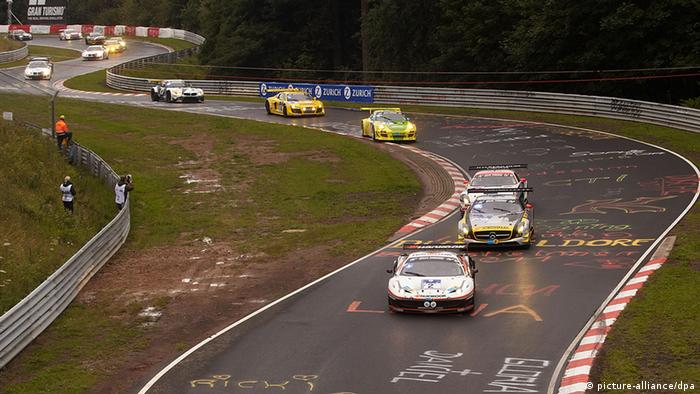 Lawmakers in the western German state of Rhineland-Palatinate agreed on Wednesday to release hundreds of millions of euros to keep one of the world's most famous racetracks, the Nürburgring, afloat.

The decision came at a special meeting of the state legislature's budget and finance committee. Premier Kurt Beck's Social Democrats and their junior coalition partners, the Greens, used their majority to push the move through despite the objections of the opposition Christian Democrats (CDU).

Nürburgring: If you build it, they will come?

How do you take the world's most famous racetrack, with relatively small financial woes, and turn it into a half-billion-euro hole in less than a decade? The answer's simple: renovate it with things it doesn't need. (21.07.2012)

The 254 million euros ($312 million) are to guarantee a loan for the circuit, which has hosted Formula One's German Grand Prix race on numerous occasions. This will allow the company that operates the track, Nürburgring GmbH, to service a 330 million-euro bank loan and continue operating.

CDU lawmakers had wanted to delay the decision over concerns that extending the credit could be illegal under European competition laws.

Beck, who, having been in office since 1994, is Germany's longest-serving premier, rejected calls from the CDU to resign, but did accept responsibility for the affair.

Speaking in the legislature, Beck conceded that "errors have been committed" in the course of an ill-fated decision to build an amusement park at the track, which is 90 percent owned by the state. He also said he wanted to apologize to the people of the state, in particular those of the Eifel region where the track is located.

Beck had been a major supporter of the plan that was meant to turn the operation into a publicly traded company to be owned at least in part by private investors.

Lewis Hamilton capitalized on the retirement of his Mercedes teammate Valtteri Bottas to win the Eifel Grand Prix in Germany. The victory is the 91st of Hamilton's career, equaling Michael Schumacher's record.