German President Köhler has said expellee groups should be included in plans for a memorial in Berlin, opposed by Poland, to recall the sufferings of ethnic Germans forced out of Eastern Europe at the end of the war. 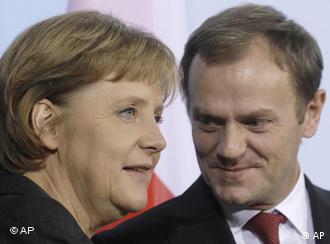 In an interview with Germany's Frankfurter Allgemeine Zeitung newspaper, Köhler said he saw "no plausible reason" to exclude such groups from the project approved by Chancellor Angela Merkel's coalition government.

"Their expertise would prove helpful," the president said in the interview on Saturday, Dec. 29. 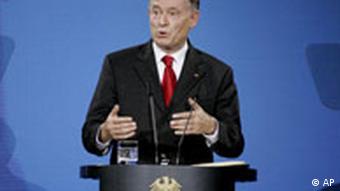 Köhler's proposal is unlikely to go down well with Poland

Köhler also referred to demands in Poland that the president of the German Federation of Expellees, Erika Steinbach, be denied a role in what the Germans call a "visible sign" to remember the war victims.

The Polish side "would surely understand that any matters related to German personalities would have to be decided in Germany," he said.

According to German estimates, some 15 million German speakers were expelled from their homes in the aftermath of the war. Up to 2 million are thought to have died as a result of the expulsions.

Berlin's plans to build a memorial to ethnic Germans expelled from Eastern Europe at the end of World War II remain a strong irritant in German-Polish ties.

Earlier this month, newly elected Polish Prime Minister Donald Tusk urged the German government to abandon the plans for the memorial in Berlin during a visit to the city to meet with Merkel.

At the time, Tusk told the online edition of the mass-selling newspaper Bild that Poland would never accept anything that called into question how the war was seen in its historical context.

Poland fears the planned center might also portray the aggressors as victims.

"It is important that the plans for a center against the expulsions in Berlin are abandoned," he said.

Tusk proposed the Germans instead participate in a joint European project for a World War II museum. He called for establishing a museum that takes the fate of the expellees into account "in a conclusive and comprehensive context" of the war as a whole. 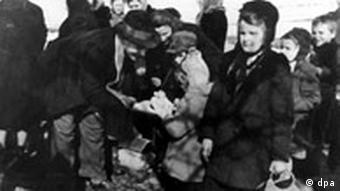 He has suggested the museum could be located in the Polish city of Gdansk, where the war began in 1939. Additional countries, such as Israel and Russia, could be involved in the planning for the museum.

In the interview with Köhler, the German president said he saw no contradiction between the German project and the proposal by Tusk for a museum in Gdansk.

Both facilities could form part of a European network of remembrance that could make a contribution towards reconciliation between the different peoples, he said.

Last week, a senior Polish diplomat revived another issue that has strained ties between Berlin and Warsaw, when he called on Germany to assume responsibility for possible property claims against Poland by German World War II expellees who fled territory the Allies handed over to Poland after the war.

"The issue for us is for the German state to take responsibility in a more unequivocal way for all possible claims of German citizens against Polish citizens," Wladyslaw Bartoszewski said in an interview posted this week on the Web site of Poland's commercial TVN24 news channel.

A respected survivor of the Nazi death camp at Auschwitz and a two-time minister of foreign affairs, Bartoszewski was recently nominated a special envoy for delicate foreign affairs matters by Poland's new liberal government.

Germany and Poland should sign a joint declaration making Berlin legally responsible for any compensation claims by Germans who left behind property in what became Polish territory after World War II as they fled or were forced out following Germany's defeat, said Bartoszewski.

The 85-year old called for a "diplomatic-legal document formulated as a declaration by the two heads of state or two prime ministers."

German-Polish ties on way to recovery

Threats by German expellees and their heirs to sue Poles who took over abandoned German homes or land after the war have set off alarm bells in Poland.

Repeated pledges by Germany not to support any such claims have failed to allay fears among Poles worried they could lose their homes.

The Polish government has long argued that postwar treaties, drawn up by World War II allies Britain, France, the Soviet Union and the United States, that handed over German land to Poland make impossible any legal recourse for ethnic Germans who lost property in the process.

Over the last two years, under the leadership of President Lech Kaczynski and his twin brother, then Prime Minister Jaroslaw Kaczynski, Poland's relations with Germany reached their lowest point since the end of communist rule in 1989.

The pair pursued a conflict-prone nationalist brand of foreign policy which the new liberal government under Tusk, who was elected in October, has vowed to transform into a more conciliatory, cooperative style.

What do you think of Köhler's proposal to include expellee groups in the memorial in Berlin? Please include your name and country in your reply.