After a weekend of criticism and opposition, German President Horst Köhler decided Monday against pardoning the former Red Army Faction (RAF) terrorist Christian Klar and ordering his release from prison. 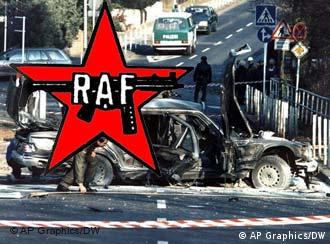 Köhler, who met personally with 54-year-old Klar on Friday, announced through his office that he had rejected the ex-guerilla's plea for clemency. Köhler also rejected the plea of fellow former RAF terrorist Birgit Hogefeld. "The federal president has decided to refrain from granting clemency to Mr. Christian Klar," a statement from Köhler's office said.

Köhler announced on Friday, shortly after meeting with Klar -- who was convicted in 1982 for his role in a series of RAF killings -- that he would decide on the former terrorist's bid for freedom in the coming days.

The president's announcement caused an outcry in Chancellor Angela Merkel’s Christian Democratic Union (CDU) party and its Bavarian sister party, the Christian Social Union (CSU), with some members calling for Köhler to be denied the chance to stand for a second term in 2009 should he approve Klar's release.

The outcry prompted the chancellor to call for the attacks on Köhler to stop and for the office and role of the president to be respected. A number of prominent conservative and opposition politicians supported her statements.

No remorse, no release 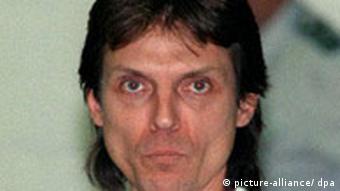 Public and political opposition to Klar's release has been fierce

There has been strong opposition in Germany to Klar's premature release, not least because he and other members of the Red Army Faction, better known outside Germany as the Baader-Meinhoff gang, refuse to this day to reveal details of the killings.

Klar was sentenced to life in prison for the 1977 assassination of Chief Prosecutor Siegfried Buback and the abduction and murder the same year of employers' federation chief Hanns Martin Schleyer.

German President to Decide on Pardon for RAF Terrorist Klar

President Köhler has met with Christian Klar, a member of the RAF terrorist group that plunged the country into deep uncertainty in the 1970s, in connection with Klar's application for clemency, Köhler's office said. (05.05.2007)

As Germany's prosecutor general re-examines the murder case of her predecessor Siegfried Buback by the Red Army Faction (RAF) 30 years ago, the victim's son said witnesses suggested the killer could have been a woman. (02.05.2007)