German opposition lawmakers have said they have grave misgivings about the planned merger of German and French defense companies KMW and Nexter. They fear export controls may be circumvented. 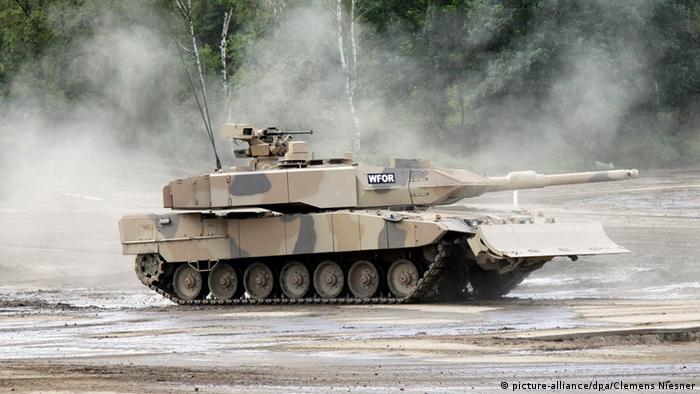 As Germany's Krauss-Maffei Wegmann (KMW) and France's Nexter prepared for sealing their long-planned merger and one of the biggest tie-ups in the defense sector globally in recent times, German opposition lawmakers on Tuesday voiced grave concerns about the deal.

"There's a big danger that now even more German tanks will be sold to all corners of the world after the merger," Aken argued.

KMW and Nexter are known above all for their Leopard and Leclerc tanks, competing with the US-made Abrams and Britain's Challenger.

Jan von Aken's concerns were echoed Tuesday by opposition Green party spokesperson Agnieszka Brugger. She told the newspaper "Neue Osnabrücker Zeitung" that the German economy minister, Sigmar Gabriel, would be well-advised to prevent the merger from going ahead. Otherwise, she concluded, German export rules for defense materials and products might easily be circumvented through the fusion.

The Ministry for Economic Affairs in Berlin has meanwhile said the opposition lawmakers' concerns were totally unfounded as defense export guidelines would in no way be watered down.

The KMW-Nexter tie-up is expected to be sealed on Wednesday, bringing together 6,000 employees currently generating a combined annual revenue of some 2 billion euros ($2.2 billion).