Police in northern Germany have uncovered a trove of millions of stolen email addresses and passwords. The find comes less than three months after a similar case of cyber crime involving 16 million hacked accounts. 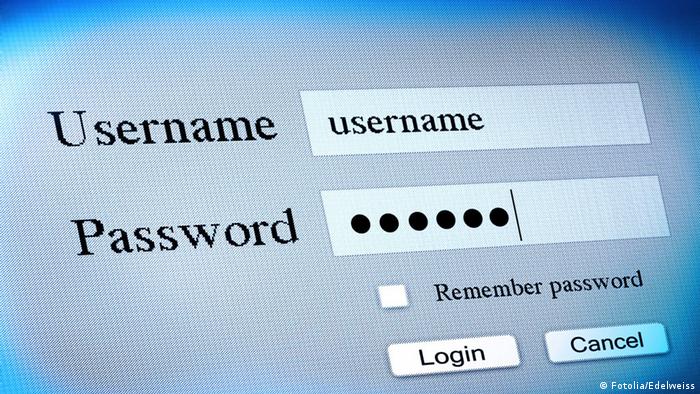 Another mass hacking of private data was confirmed by German officials on Thursday, this time involving 18 million email addresses and passwords. Authorities in the northwestern city of Verden discovered the trove of information, according to the city's public prosecutor Lutz Gaebel.

Unidentified individuals had used the email passwords for other purposes, such as making online purchases, in cases where users had used the same password for more than one account, Gaebel said on Thursday. The Verden public prosecutor also warned that the information was believed to still be in active use.

Authorities in Verden have submitted their find to Germany's Federal Office for Information Security (BSI). It was not immediately clear what led them to the discovery, which German news magazine Spiegel first reported on Thursday.

According to Spiegel's information, police estimate that at least three million of the accounts belonged to German citizens. However, that number could increase once they have determined the origins of numerous .com accounts, which can be used across nations.

The latest case of cyber crime came just three months after Spiegel reported the hacking of 16 million email addresses, a find also attributed to public attorneys in the northwestern German city of Verden. Researchers and prosecutors had stumbled upon the breached accounts while conducting research on a botnet, a network of computers infected with malware.

BSI has created a website to help people determine whether their email information has been compromised by hackers.