German Official Slams US Arms Plan for Middle East | Germany| News and in-depth reporting from Berlin and beyond | DW | 31.07.2007

A top German official has slammed a US plan to give more than $43 billion (31 billion euros) in military aid to some of its Middle East allies, saying it will not help bring democracy and stability to the region. 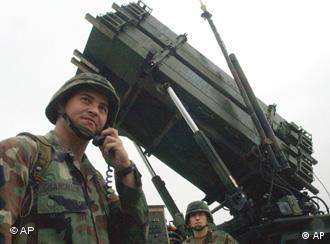 The foreign ministry coordinator for German-American relations, Karsten Voigt, criticized Washington's announcement it will further arm Egypt, Israel, Saudi Arabia and other Gulf states in the region in an attempt to curb Iran's influence and ambitions.

In an interview Tuesday with news agency Reuters, Voigt said he was skeptical the deal would serve to rein in Iran's power. Supplying more weapons to the region will not bring peace there, he said. 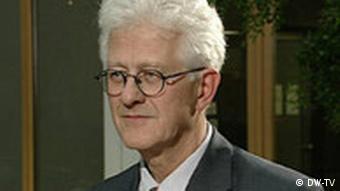 Karsten Voigt minced no words in his criticism of US plans

"The region is not suffering from a lack of arms but from a lack of stability," Voigt said. "I have strong doubts whether stability could be achieved with these weapons."

An official for the US defense department said over the weekend that Washington planned to give some $20 billion in military assistance to Saudi Arabia and other states in the Persian Gulf region to modernize their armed forces and limit Iran's influence. The aid to Saudi Arabia is meant to upgrade its missile defenses and boost its navy.

Israel would receive $30.4 billion in military aid over the next decade -- a significant increase to what the country received before.

US officials say the aid is meant to send a signal to its Gulf allies that Washington is committed to the region and will stand by them amid concerns about the war in Iraq and Iran's growing clout.

Voigt however said the plans ran contrary to the US desire to nurture and bolster democracy in the region.

"The US said a couple of months ago the main problem in the region was the lack of democracy," he said. "I do not know how one can support democracy by supplying weapons for Saudi Arabia, which is anything but a very democratic country."

On Tuesday, US Secretary of State Condoleeza Rice defended the plan, saying the US wanted to guarantee the security of their long-time allies in the Middle East.

Rice, who is on a tour of the Middle East along with Defense Secretary Robert Gates, said in Egypt the aid was not aimed at shifting the military balance in the region or kicking off a new arms race. 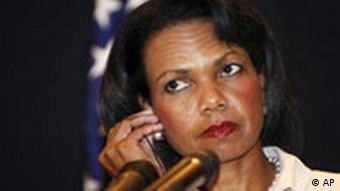 "We are determined to maintain the balances -- the military and strategic balances -- within the region that we have been committed to as well," she said.

Rice also rejected allegations, the Gulf states would help the US in its war against terror in Iraq in return for the arms supplies. She stressed that Washington was fighting extremism along with its allies in the Gulf region. They have a common interest in a stable and united Iraq, she added.

But news of the arms deal has sparked strong criticism in Germany with several leading politicians echoing Voigt's doubts.

Ruprecht Polenz, the head of parliament's foreign affairs committee and member of Chancellor Angela Merkel's conservative party, said the move threatened to destabilize what is already a volatile region.

"If you add more explosive things to a powder keg -- and that's what the Middle East is -- you heighten the risk and don't make the region safer in the end," Polenz told Frankfurter Rundschau newspaper on Monday.

The proposed military aid still has to be approved by the US Congress. There is expected to be opposition from some lawmakers, particularly to aid for to Saudi Arabia, which some accuse of not being helpful to the US-backed government in Iraq.

German Politicians Against US Arms Deal for Gulf Region

Saying that the Middle East's powder keg is already explosive enough, foreign policy experts for Germany's governing coalition criticized US plans for military aid worth billions to Saudi Arabia and other Gulf states. (30.07.2007)

Human rights organizations have warned that a European Union arms embargo against Burma is under threat. (16.07.2007)

The United States and Russia will press ahead with talks on possible new cuts in their nuclear arsenals as the Strategic Arms Reduction Treaty (START) heads for expiration in 2009, both governments said Tuesday. (04.07.2007)